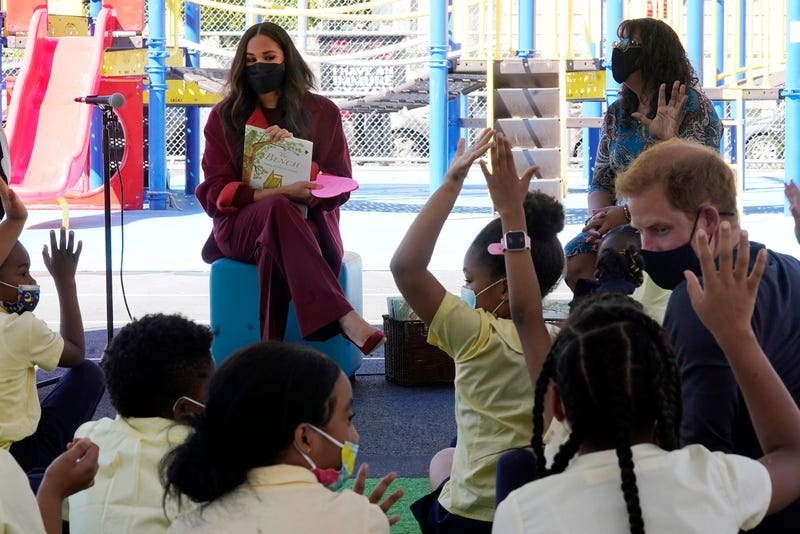 NEW YORK (AP) — Harry and Meghan, the Duke and Duchess of Sussex, offered lots of hugs to kids at a Harlem public school Friday where she read her children's book to about two dozen students who sat cross-legged with her husband in the play yard.

The hourlong visit to PS 123, which serves shelters for families without permanent homes, was one of several stops so far in a whirlwind New York week for the two. A couple of the children shed tears when they met the pair under a white tent set up near the school's play structure.

Nearly a dozen second-graders had prime spots on round, green cushions after older students showed off a three-dimensional flower mural they had created. Then Meghan read “The Bench,” which she initially wrote as a Father's Day poem to Harry after the birth of their son Archie.

After reading her multicultural tribute to fatherhood, Meghan took questions from her young listeners after asking them what special spot they share with the important people in their lives.

“It doesn't have to be a bench,” she told the children. “It can be anywhere where you feel comfortable.”