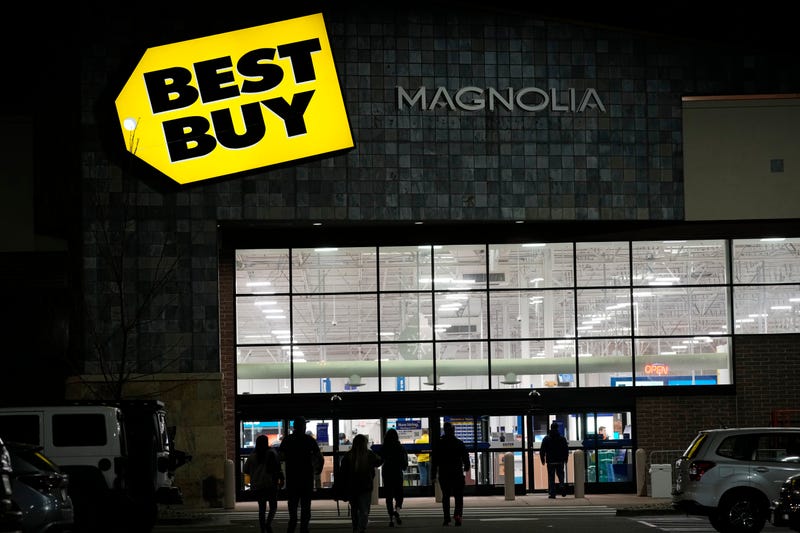 Best Buy was among a handful of big winners in the pandemic, as shoppers splurged on tech equipment like laptops to create home offices to help them with remote work or cater to the needs of their children for virtual learning. But like many retailers, Best Buy is struggling with rising costs for everything from labor to shipping. The electronics chain also had to navigate global chip shortages. And soaring fuel costs and the return of promotions are hurting its bottom line.

Meanwhile, Best Buy, like other retailers, is also adjusting to changing shopping behavior. Demand for electronics is cooling as consumers go back to the office and resume normal lives. Inflation is also making shoppers scrutinize their purchases. In particular, CEO Corie Barry told reporters on a call Tuesday that purchases by lower-income shoppers, who were new Best Buy customers during the pandemic, have recently fallen off.

Best Buy follows other major retailers, including Walmart and Target, in reporting that inflation has taken a bite out of earnings. The other big discounters also reported shifts in spending. Target said that it didn't anticipate a lightening quick return by consumers to more normalized spending. Purchases of big TVs and appliances that Americans loaded up on during the pandemic have faded, leaving Target with a bloated inventory that must be marked down to sell.

Barry of Best Buy said she expected this year's results to be weaker than last year as it lapped stimulus payments and other government support and planned for higher costs in its supply chain. But she noted macroeconomic conditions worsened since it provided its financial outlook in early March, which resulted in its sales being slightly lower than its expectations.

“Sustained high levels of inflation is having an impact broadly again on the consumer, who we feel is pulling back at a faster, deeper pace than we initially assumed," Barry said.

Barry said Best Buy has a healthy inventory of products, though she noted there are still some isolated areas where there is a shortfall.

Overall, Barry said the company is preparing for an environment of softer sales, but not planning for a full recession.

Neil Saunders, managing director at GlobalData Retail, said given the multitude of challenges, Best Buy fared reasonably well. It noted that while the company has suffered from out-of-stocks because of supply issues, it still has better availability than others because of its size and its strong relationship with vendors. That has helped it retain customers and spending, he noted.

“Electronics are highly discretionary, big-ticket items,” he said. He also noted people are going back to more normal lifestyles.

“People are home less, many have returned to the office and classroom, and leisure activities such as attending sports events and movies has risen," he added.

Best Buy, based in Richfield, Minnesota, reported fiscal first-quarter net income of $341 million, or $1.49 per share. Earnings, adjusted for amortization costs and restructuring costs, came to $1.57 per share.

The results fell short of Wall Street expectations. The average estimate of 11 analysts surveyed by Zacks Investment Research was for earnings of $1.59 per share.

But consumer electronics retailer posted revenue of $10.65 billion in the period, down 8.5% from the year-ago period. But revenue still topped topped analysts' forecasts. Nine analysts surveyed by Zacks expected $10.43 billion.

The company saw comparable sales decline across almost all categories, with the largest drivers being computing and home theater. The metric, a key measure of a retailer's health, measures sales in stores open at least a year.

Elements of this story were generated by Automated Insights (http://automatedinsights.com/ap) using data from Zacks Investment Research. Access a Zacks stock report on BBY at https://www.zacks.com/ap/BBY