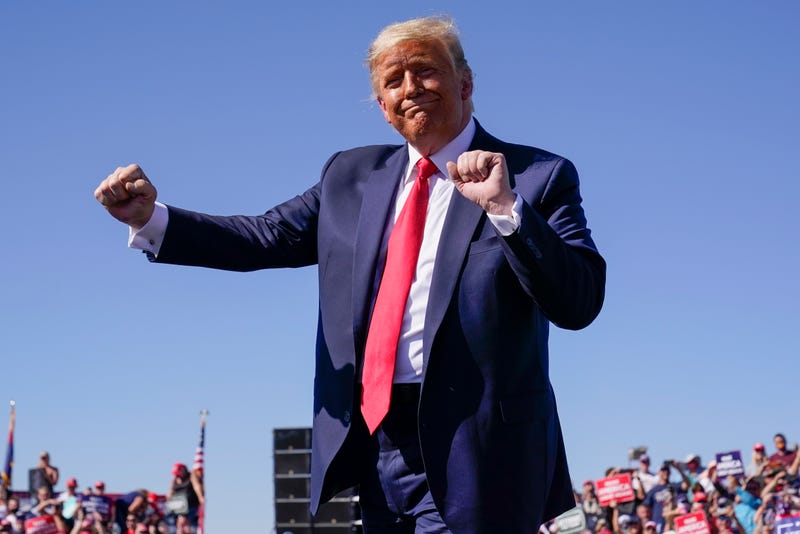 It's a reversal from May, when Biden's campaign was strapped for cash and Parscale ominously compared the Trump campaign to a “Death Star” that was about to “start pressing FIRE for the first time.”

The ad campaign they unrolled over the next three months cost over $176 million but did little to dent Biden's lead in public opinion polling.

Trump is now in a position that's virtually unthinkable for an incumbent president, said Travis Ridout, co-director of the Wesleyan Media Project, which tracks advertising spending.

“Advertising obviously isn’t everything. But we do think ads matter for a couple percentage points in a presidential race. And it’s just not a good sign for the Trump campaign,” Ridout said.

A review of expenditures by Trump’s campaign, as well as the Republican National Committee, lays bare some of the profligate spending.

Since 2017, more than $39 million has been paid to firms controlled by Parscale, who was ousted as campaign manager over the summer. An additional $319.4 million was paid to American Made Media Consultants, a Delaware limited liability company, whose owners are not publicly disclosed.

Campaigns typically reveal in mandatory disclosures who their primary vendors are. But by routing money to Parscale’s firms, as well as American Made Media Consultants, Trump satisfied the basic disclosure requirements without detailing the ultimate recipients.

Other questionable expenditures by Trump and the RNC that are included in campaign finance disclosures:

— Nearly $100,000 spent on copies of Donald Trump Jr.’s book “Triggered,” which helped propel it to the top of the New York Times bestsellers list.

— $39 million in legal and “compliance” fees. In addition to tapping the RNC and his campaign to pay legal costs during his impeachment proceedings, Trump has also relied on his political operation to cover legal costs for some aides.

— At least $15.1 million spent on the Republican National Convention. The event was supposed to be in Charlotte, North Carolina, but Trump relocated it to Jacksonville, Florida, after a dispute with North Carolina's Democratic governor over coronavirus safety measures. The Florida event was ultimately canceled, with a mostly online convention taking its place. Disclosures show the RNC still spent $1 million at the Ritz Carlton Amelia Island, near Jacksonville.