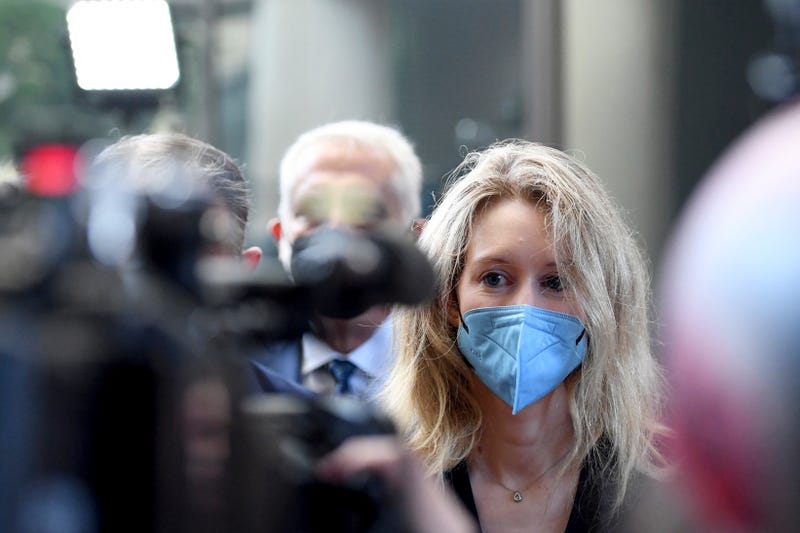 SAN JOSE, Calif. (AP) — A jury weighing the fate of fallen Silicon Valley star Elizabeth Holmes got its first chance Friday to listen to recordings of her boasting to investors about purported breakthroughs in a blood-testing technology.

The technology heralded as a quantum leap in blood testing, however, later dissolved into a scandal that now threatens to send her to prison.

The drama unfolded in a San Jose, California, courtroom with federal prosecutors playing a series of recordings from a December 2013 conference call that Holmes held with investors in Theranos, the company she started in 2003 after dropping out of college at 19 in hopes of becoming a revered visionary in the mold of Apple co-founder Steve Jobs.

The audio clips of Holmes capped the sixth week of a high-profile trial revolving around allegations that Holmes duped sophisticated investors and major retailers with bogus promises about a Theranos device dubbed Edison. The company's machine was supposed to be able to quickly scan for hundreds of potential health problems with a few drops of blood taken with a finger prick.

In the recordings, Holmes — speaking in a husky voice that some critics said she adopted to sound more authoritative — boasted about partnerships with big pharmaceutical companies such as Pfizer that evidence in the trial has revealed