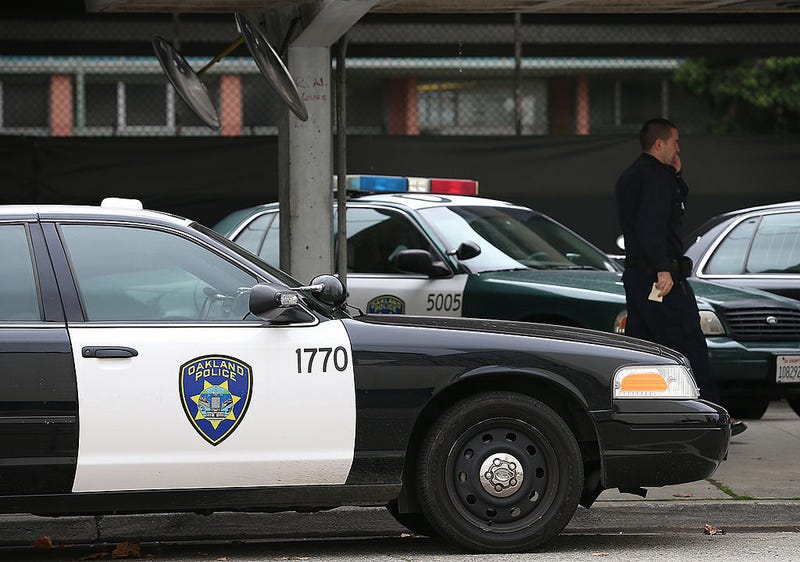 An Oakland Police Department spokesperson told KCBS Radio in a statement that officers detained five juveniles, all of whom are Oakland residents, on Wednesday morning after two cars collided on the 2900 block of Park Boulevard. One of the cars was "carjacked" last Thursday from the 3600 block of Loma Vista Avenue, according to police.

But the East Bay Times – citing eyewitness and police accounts – reported earlier Wednesday that a teenager driving a carjacked vehicle was involved in an accident in the area, injuring himself, four other teenage boys and a woman.

The teenager, driving a red SUV that was carjacked last Thursday from a woman in the city's Laurel District, slammed head-on into a blue SUV near the intersection of Park Boulevard and 8th Avenue, according to the paper's report.

Witnesses at the scene told the paper they pulled the driver of the blue SUV out of her car. She was then transported to a local hospital with non-life-threatening injuries.

A 14-year-old driver and four 14- or 15-year-old passengers were all hospitalized with non-life-threatening injuries, police told the paper.

Police told the East Bay Times they were investigating to see if the teens were involved in the initial carjacking, as well as Wednesday's accident.