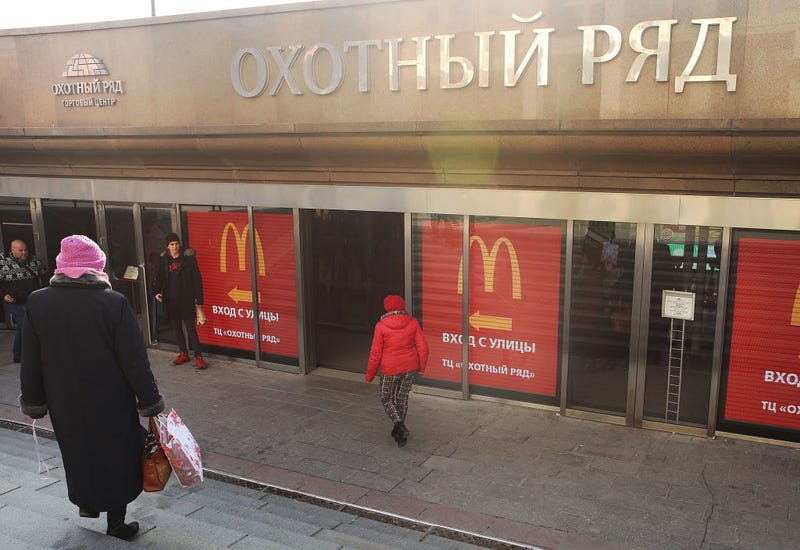 Citing the country’s unprovoked war with Ukraine as creating an unpredictable environment in which to operate, fast-food hamburger chain McDonald’s announced Monday that it will sell off its Russian arm of its business, ending a 30+ year run in the heart of the former Soviet Union.

“Continued ownership of the business in Russia is no longer tenable, nor is it consistent with McDonald’s values,” the restaurant chain said in a news release.

“We’re exceptionally proud of the 62,000 employees who work in our restaurants, along with the hundreds of Russian suppliers who support our business, and our local franchisees. Their dedication and loyalty to McDonald’s make today’s announcement extremely difficult,” Chris Kempczinski, McDonald’s president and chief executive officer, said in the press release.

McDonald’s also said that it has made a point to “ensure the employees of McDonald’s Russia continue to be paid until the close of any transaction and that employees have future employment with any potential buyer.”

The global fast-food giant suspended its operations in Russia over two months ago, on March 8, in the wake of Russia’s invasion of Ukraine, but at the time, the move was initially expected to be temporary.

Now the company will write off up to $1.4 billion and “recognize foreign currency translation losses” as they withdraw their business from the country where they’ve served customers since January 1990.

McDonald’s also remains closed in Ukraine, but they will continue to pay full salaries for their employees there throughout the conflict until they can reopen.