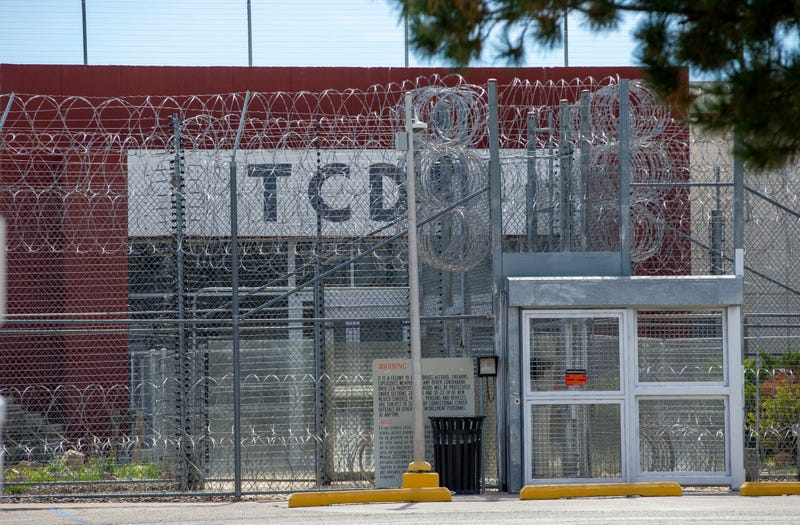 ESTANCIA, N.M. (AP) — Migrants held by U.S. authorities at a detention center in rural New Mexico have endured retaliation rather than aid after reporting unsanitary conditions at the government-contracted jail, a coalition of civil rights advocacy groups said Wednesday.

A companion complaint Wednesday to the office of civil rights at the U.S. Department of Homeland Security documents retaliation, including restrictions on access to legal representation and a falsified accusation of misconduct against an immigrant under the Prison Rape Elimination Act.

The new complaint adds to concerns raised in August by the coalition — which includes the American Civil Liberties Union, Innovation Law Lab, the New Mexico Immigrant Law Center and the El Paso, Texas-based Justice for Our Neighbors — drawing on information from interviews with scores of migrants at the center.

The Torrance County Detention Facility, privately operated by CoreCivic, is among about 130 detention centers used by U.S. Immigration and Customs Enforcement to hold migrants while their immigration cases are reviewed, though in many cases it allows people to remain free under monitoring.

Representatives for U.S. Immigration and Customs Enforcement did not immediately return messages seeking comment. However, officials with CoreCivic disputed the allegations, saying the migrants were making false claims about conditions at the lockup.

Matthew Davio, a spokesperson for CoreCivic, said the detention center is monitored closely by ICE and is required to undergo regular reviews and audits to ensure an appropriate standard of living for all detainees. He also said ICE employs a compliance officer to ensure the detention center adheres to the agency's strict standards and policies.

Orlando de los Santos Evangelista, a 39-year-old construction worker from the Dominican Republic, told The Associated Press on Thursday that he stopped eating Monday with five other inmates to protest conditions. He said he ate reluctantly on Wednesday after jail officials threatened to force- feed inmates through a tube.

Jail officials said Thursday that no one had missed a meal.

De los Santos said detainees also fear being placed in a solitary cell that he called “the hole.” He said the corridors at the detention facility smell of feces, and water enters his sleeping area through a broken window, soaking his bed and immigration paperwork.

The Dominican national said he arrived in the U.S. in June and was shocked to be transfer to a prison-like facility.

″The conditions are inhumane. I’ve suffered from verbal mistreatment and psychological torture,” he said. “We ask that you listen to us.”

A government watchdog in March cited unsafe and unsanitary conditions at the detention facility and suggested everyone held there should be removed and transferred elsewhere.

Those findings from the Department of Homeland Security Inspector General were based on an unannounced inspection in February. The findings were disputed by CoreCivic and ICE.

More recently, a 23-year-old Brazilian national held at the Torrance County Detention Facility was found unresponsive by staff on Aug. 17 and died several days later at a hospital in Albuquerque. The death is under review by ICE, while the ACLU says it appears to be linked to a suicide attempt.

U.S. Rep. Melanie Stansbury said the Torrance County Detention Facility within her district “has a long and troubled history” under private, for-profit management.

“I continue to stand with over a hundred of my House colleagues in opposition to the use of private for-profit contracts for immigrant detention and am continuing to monitor the situation closely,” the congresswoman said in a statement.