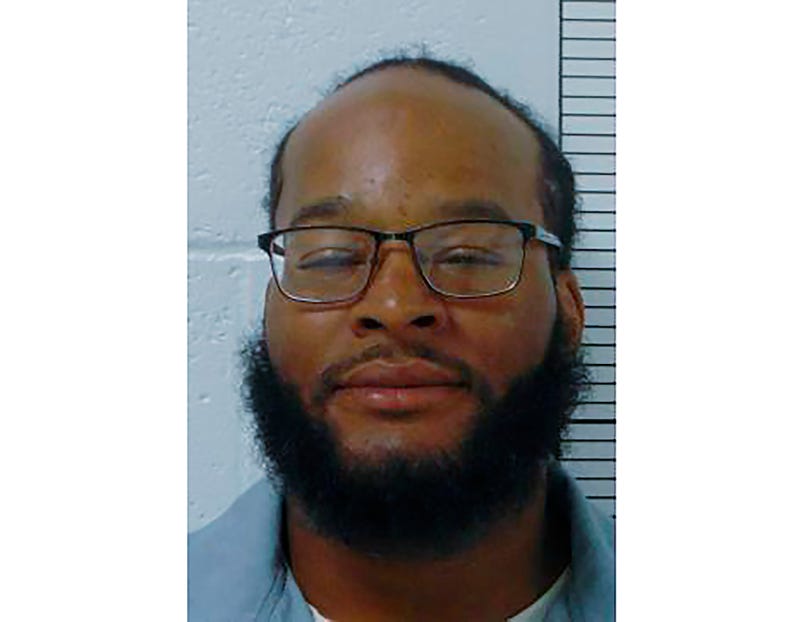 ST. LOUIS (AP) — A federal judge has denied a request from a 19-year-old woman to allow her to watch her father’s death by injection, upholding a Missouri law that bars anyone under 21 from witnessing an execution.

Kevin Johnson is set to be executed Tuesday for killing Kirkwood, Missouri, Police Officer William McEntee in 2005. Johnson’s lawyers have appeals pending that seek to spare his life.

His daughter, Khorry Ramey, had sought to attend the execution, and the American Civil Liberties Union had filed an emergency motion with a federal court in Kansas City. The ACLU’s court filing said the age requirement served no safety purpose and violates Ramey’s constitutional rights. But U.S. District Judge Brian C. Wimes ruled late Friday that Ramey's constitutional rights would not be violated by the law.

“I’m heartbroken that I won’t be able to be with my dad in his last moments,” Ramey said in a statement. “My dad is the most important person in my life. He has been there for me my whole life, even though he’s been incarcerated."

While the judge acknowledged that the law would cause emotional harm for Ramey, he found that was just one part of the court's consideration and the law did not violate her constitutional rights.

Ramey said she was praying that Gov. Michael Parson would grant her father clemency. Johnson’s lawyers have filed appeals seeking to halt the execution. They don’t challenge his guilt but claim racism played a role in the decision to seek the death penalty, and in the jury’s decision to sentence him to die. Johnson is Black and McEntee was white.

Johnson’s lawyers also have asked the courts to intervene for other reasons, including a history of mental illness and his age — he was 19 at the time of the crime. Courts have increasingly moved away from sentencing teen offenders to death since the Supreme Court in 2005 banned the execution of offenders who were younger than 18 at the time of their crime.

In a court filing to the U.S. Supreme Court, the Missouri Attorney General’s Office stated there were no grounds for court intervention.

“The surviving victims of Johnson’s crimes have waited long enough for justice, and every day longer that they must wait is a day they are denied the chance to finally make peace with their loss,” the state petition stated.