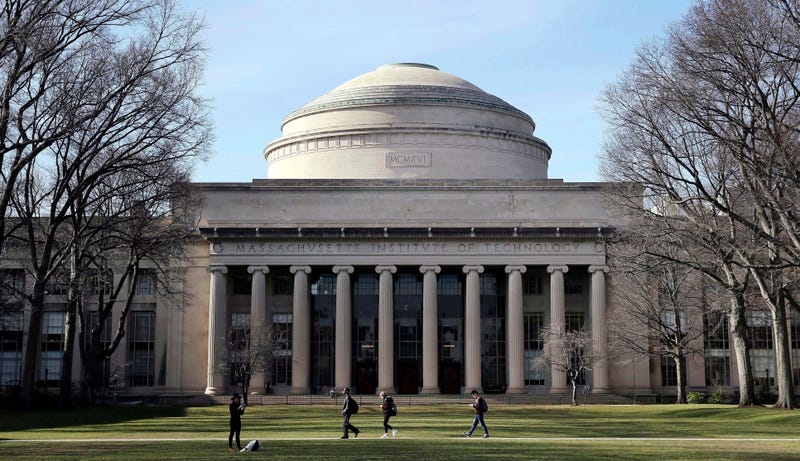 WASHINGTON (AP) — The Justice Department dropped charges Thursday against a Massachusetts Institute of Technology professor accused of concealing ties to the Chinese government, a further setback to a federal initiative that was set up to prevent economic espionage and theft by Beijing of trade secrets and academic research.

The department revealed its decision in the case against Gang Chen in a filing in federal court in Boston, saying it could no longer meet its burden of proof.

U.S. Attorney Rachael Rollins, the top federal prosecutor in Massachusetts, said the move was “in the interests of justice” and was the result of new information the government had received about the allegations.

“After a careful assessment of this new information in the context of all the evidence, our office has concluded that we can no longer meet our burden of proof at trial,” Rollins said. “As prosecutors, we have an obligation in every matter we pursue to continually examine the facts while being open to receiving and uncovering new information.”

The outcome, which had been expected and was earlier recommended by prosecutors in Boston, is a blow to a Justice Department effort known as the China Initiative, which was set up in 2018 to crack down on Chinese economic espionage and trade secret theft. A key prong of the initiative has focused on academics in the U.S. accused of concealing research ties to China on grant applications. But critics have long said the effort unduly targets researchers based on ethnicity and that it chills academic collaboration.

The Justice Department is currently reviewing the future of the program, a process expected to be complete in the coming weeks, said spokesperson Wyn Hornbuckle.

In a statement, Chen thanked his supporters and said he would have more to say soon.

“While I am relieved that my ordeal is over, I am mindful that this terribly misguided China Initiative continues to bring unwarranted fear to the academic community and other scientists still face charges,” Chen said.

A mechanical engineering professor, Chen was arrested in January 2021 in the final days of the Trump administration and charged with concealing ties to Beijing while also collecting U.S. dollars for his nanotechnology research.

Prosecutors accused him at the time of entering into undisclosed contracts and appointments with Chinese entities, including acting as an “overseas expert” for the Chinese government at the request of the People’s Republic of China Consulate Office in New York. Many of those roles were “expressly intended to further the PRC’s scientific and technological goals,” authorities in court documents.

He was accused of failing to disclose information about connections to China in an application for an Energy Department grant. Chen’s lawyers have consistently said that he did nothing wrong and that he disclosed what he needed to disclose.

The case began to wobble as the government received new information, including from the Energy Department, a person familiar with the matter said last week.

In a statement Thursday, defense attorney Robert Fisher called the case a “wayward prosecution” and said his client was eager to return to work. He thanked the “many witnesses who came forward and told the government how badly they misunderstood the details surrounding scientific and academic collaboration.”

“Our defense was this: Gang did not commit any of the offenses he was charged with. Full stop. He was never in a talent program. He was never an overseas scientist for Beijing. He disclosed everything he was supposed to disclose and he never lied to the government or anyone else,” Fisher said in a statement.

Many of the China Initiative cases against academics and professors have centered on false statement or fraud allegations, rather than accusations of espionage or passing along academic research or technical or scientific expertise to China.

The initiative has resulted in some significant guilty pleas and convictions, and did score a high-profile win last month with the conviction of a Harvard University professor on charges that he hid his ties to a Chinese-run recruitment program.

But other big cases brought as part of the China Initiative have faltered.

A federal judge in September, for instance, threw out all charges against a University of Tennessee professor accused of hiding his relationship with a Chinese university while receiving research grants from NASA, and the university has since offered to reinstate him.

Critics of the China Initiative have called for the Justice Department to shut the program down. The department's top national security official, Matthew Olsen, met Wednesday with members of the Congressional Asian Pacific American Caucus, who expressed their concerns.

Andrew Lelling, who was U.S. attorney in Boston when Chen was charged, wrote in a LinkedIn post several weeks ago that the China Initiative was created in response to “concerns about economic espionage involving an emerging political rival.”

Now, he wrote, the “initiative has drifted, and in some significant ways, lost its focus. DOJ should revamp, and shut down, parts of the program, to avoid needlessly chilling scientific and business collaborations with Chinese partners.”