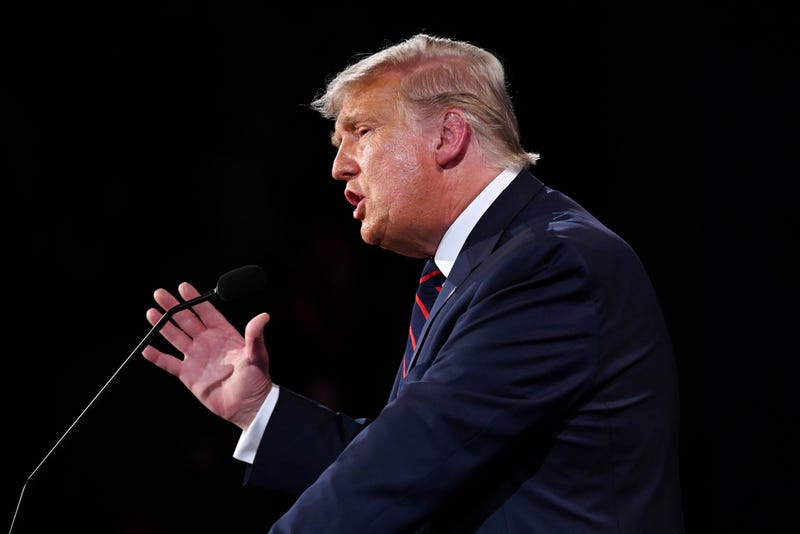 President Donald Trump continued his assault on the integrity of the U.S. elections during the first presidential debate Tuesday, spreading falsehoods about the security of voting and misrepresenting issues with mail ballots.

In the final segment of the contentious debate between Trump and Democrat Joe Biden, Trump launched into an extended argument against mail voting, claiming without evidence that it is ripe for fraud and suggesting mail ballots may be “manipulated.”

“This is going to be a fraud like you’ve never seen,” the president said of the massive shift to mail voting prompted by the coronavirus pandemic.

Trump’s riff was laden with misstatements and inaccuracies. Mail voting has proved to be safe and secure in the five states that already use it broadly. And while some irregularities and errors have occurred in the early vote, Trump on Tuesday mischaracterized those incidents.

His comments come as his reelection campaign and the Republican Party have begun challenging the way those ballots are being processed and preparing for broad legal battles after Election Day.

A look at Trump's claims and the facts.

—Trump accused Philadelphia election officials of inappropriately keeping his campaign's poll monitors from observing voters filling out mail ballots at a voting center Tuesday. He was repeating an accusation he and his son had made earlier this week — and election officials have disputed. Election lawyers note Trump campaign's watchers had no legal right under state law to observe citizens filling out mail ballots.

—Trump cited a case of military ballots marked for him being thrown in the trash as evidence of a possible plot to steal the election. But he didn't mention the strange details of the case. County election officials say that the seven ballots, along with two unopened ones, were accidentally tossed in an elections office in a Republican-controlled county by a single contra