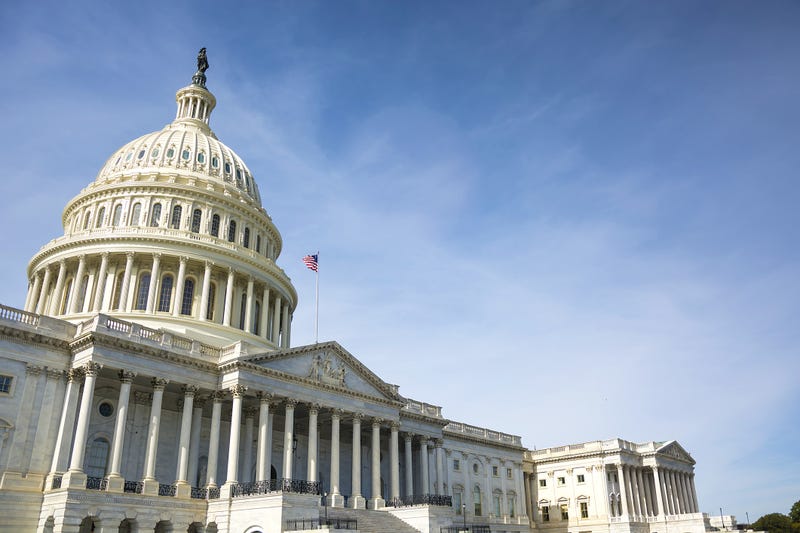 U.S. Capitol Police have chosen to start field offices in San Francisco and Florida in response to the level of threats in these places to members of Congress. Photo credit Getty Images
By Natalia Gurevich, KCBS Radio

For nearly two centuries, the U.S. Capitol Police have been a D.C. force, protecting the marble hallways of Congress. Now, for the first time, they’re branching out, and they’ve chosen to start in San Francisco and Florida in response to the level of threats in these places to members of Congress.

The move comes amid a reckoning for the historically obscure law enforcement agency. Lawmakers have called for change in the wake of the Jan. 6 insurrection, in which a mob of Donald Trump’s supporters violently overwhelmed police and stormed the Capitol building in a bid to overturn his election loss.

Officials familiar with the expansion plan, though, say it was in the works even before that watershed event, a reflection of a hyper-partisan environment that has yielded an increasing risk of domestic terror and violence, particularly from white supremacist-linked groups, according to reporting by the San Francisco Chronicle.

The news about opening regional offices was tucked into a news release marking six months after the riot. The office in San Francisco will be one of two initial expansions of the police force beyond D.C., the other in Tampa, Fla. More are expected.

"At this time, Florida and California are where the majority of our potential threats are," a Capitol Police spokesperson said in a statement. "A regional approach to investigating and prosecuting threats against members (of Congress) is important, so we will be working closely with the U.S. Attorney’s Offices in those locations."

A spokesperson for the U.S. Attorney for the Northern District of California echoed that the agencies would work in concert.

"We welcome our partners in the U.S. Capitol Police into the federal law enforcement community in Northern California and look forward to working with them to investigate and prosecute individuals and groups who engage in threats or acts of violence against members of Congress, their staffs, and other related criminal activity," said Abraham Simmons.

Few details about the new mission have been made available, even to the lawmakers who represent the Bay Area in Congress and will benefit from the additional protection. It is not clear when the outpost will open or how many staff it will have.

The new office will be situated with the Northern California Regional Intelligence Center, which as one of 80 federally recognized "fusion centers" now serves hundreds of law enforcement agencies, local governments and the private sector by combining federal and local personnel to process threats to the region, according to a source familiar with the plans who was not authorized to speak to the media.

The Florida office will be located in a similar center in Tampa, according to the Tampa Bay Times, which spoke with a Florida lawmaker who expected that office to open in a matter of weeks.

Illinois Rep. Rodney Davis, the top Republican on the House Administration Committee, said the expansion was planned well before Jan. 6 and was a response not only to threats, but also the high travel costs incurred by staffers who must travel between Washington, D.C., and the states.

California has the biggest congressional delegation in the House, at 53 members, and is also home to House Speaker Nancy Pelosi of San Francisco and GOP Leader Kevin McCarthy of Bakersfield, both of whom have full-time protective details from the Capitol Police. Many other members of the California delegation have national profiles and have become lightning rods in the political debate.