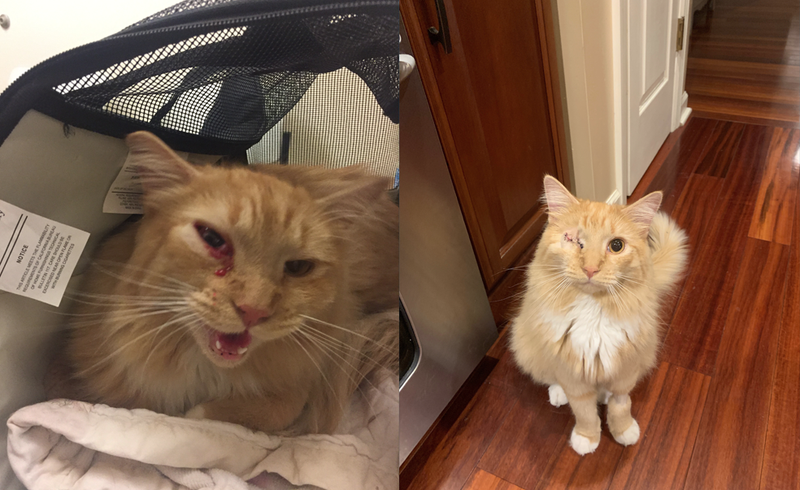 CRANBERRY, Pa. (Newsradio 1020 KDKA) - A cat in Cranberry is recovering after he was apparently shot in the eye with a BB gun on Saturday.

Owner Susan Gritz tells KDKA Radio she let her cat “Gary” outside while she went shopping and an hour and a half later she says she heard Gary crying outside.

“I went to the door and I saw Gary with a little bloody eye and his eye was swollen and that’s why he was crying,” said Gritz. “I picked him up, looked in his eye and I saw what I thought was a sharp piece of glass sticking out of his eye.”

After Gritz took Gary to the vet, she learned that glass was actually the lens of his eye that was shattered by a BB that was found in the back of his eye.

Gritz says while the community where she lives is small she isn’t sure who exactly is behind the alleged attack.

She adds that one neighbor did leave what she called a “passive aggressive” voicemail that said they adjust Gary’s outside schedule so he wouldn’t get run over.

Police tell Gritz that without any witnesses they can’t do anything unless something else happens to Gary.

The good news is Gary is doing well and even watched the Steelers game on Sunday “with one eye”.

Gritz says that the 1-year-old Gary will now be a house cat and is thankful that he is still alive.