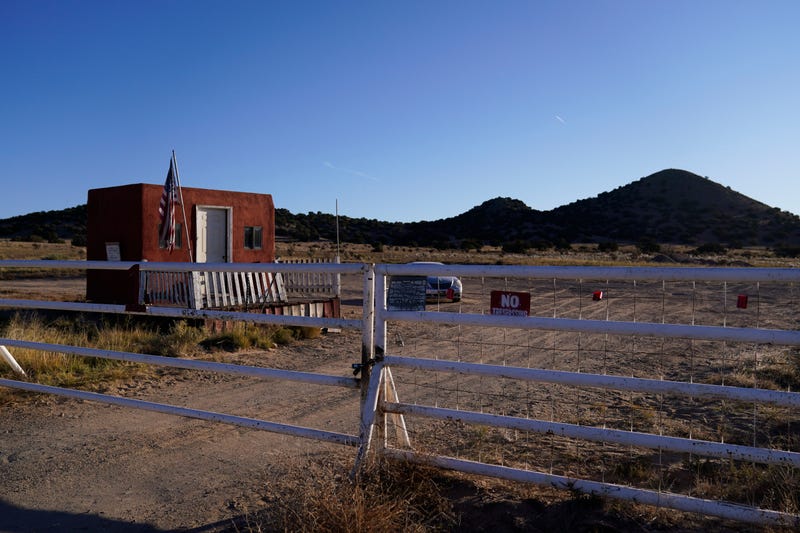 Safety standards developed by film studios and labor unions are the primary protection for actors and film crews when a scene calls for using prop guns. The industry-wide guidance is clear: “Blanks can kill. Treat all firearms as if they are loaded.”

Shootings nevertheless have killed and injured people while cameras rolled, including the cinematographer who died and the director who was wounded this week when no one realized a prop gun fired by actor Alec Baldwin during the filming of “Rust” carried live rounds that are far more dangerous than blanks.

Despite some industry reforms following previous tragedies, the federal workplace safety agency in the U.S. is silent on the issue of on-set gun safety. And most of the preferred states for film and TV productions take a largely hands-off approach.

New York prohibits guns from being fired overnight on movie sets but does not otherwise regulate their use. Georgia and Louisiana, where the film industry has expanded rapidly, regulate pyrotechnics on movie sets but have no specific rules around gun use.

“We don’t have anything to do with firearms. We only regulate the special effects explosion-type stuff,” said Capt. Nick Manale, a state police spokesperson in Louisiana, where the film industry was credited with creating more than 9.600 jobs last year and generating nearly $800 million for local businesses. “I’m not sure who does that, or if anybody does.”

New Mexico, where court records show an assistant director handed Baldwin a loaded weapon and told him it was “cold,” or safe to use, during the Thursday filming of “Rust,” has no specific safety laws for the film industry. Much of the legislative debate over the industry, as in other states, has focused on tax credits and incentives to lure the lucrative entertainment business, not what happens on sets.

That approach has worked well for New Mexico. In addition to attracting some large film productions, the state is home to major production hubs for Netflix and NBCUniversal. It had a record $623 million in direct spending on productions between July 2020 through June of this year.

New Mexico Gov. Michelle Lujan Grisham, a Democrat and an ardent film industry supporter, touted the industry's pandemic precautions over the summer, saying it had put safety first and cleared the way for work to resume.

Workplace safety is paramount in every industry in New Mexico, including film and television, the governor’s spokeswoman, Nora Meyers Sackett, said Friday.

“State and federal workplace safety regulations apply to the industry just as they do to all other workplaces, and the state Occupational Health and Safety Bureau is investigating,” Sackett said of the tragedy that unfolded on a movie ranch near Santa Fe. “This is an ongoing investigation, and we’re awaiting additional facts in order to understand how something so terrible and heartbreaking could have happened.”

A search warrant made public Friday said an assistant director on the set handed Baldwin a loaded weapon and indicated it was safe to use, unaware it was loaded with live rounds. The shot killed cinematographer Halyna Hutchins, who was struck in the chest, and wounded director Joel Souza, who was standing behind Hutchins.

New Mexico workplace safety officials confirmed they would be looking at whether the crew followed industry standards. The agency does not routinely conduct safety inspections of sets and studios unless they receive complaints.

Instead of regulating firearm use on film and TV sets, many states leave it to the industry to follow its own guidelines. Those recommendations, issued by the Industry-Wide Labor-Management Safety Committee, call for limited use of live ammunition and detailed requirements for the handling and use of firearms of all types. Safety meetings are to be held, actors are to keep their fingers off the triggers until they’re ready to shoot, and guns should never be unattended, the guidelines state.

Without specific state or federal regulations, it's primarily up to the people working in productions to ensure guns are used safely. Brook Yeaton, vice president of the International Alliance of Theatrical Stage Employees union that represents workers in Louisiana and parts of Mississippi and Alabama, said his approach is to act like all weapons are real and to never allow live rounds on a set.

In one of the world's premier film centers, New York City, productions are required to adhere to a code of conduct that spells out rules for parking, notifying neighbors and other details. The safety rules feature a sections on covering cables and getting permits for exotic animals. But the only mention of gunshots is under the “community relations” heading: The sound of shots should not ring outdoors between 10 p.m. and 10 a.m.

The website of the Texas Film Commission states that productions using prop weapons — which can be replicas or real guns that fire blanks rather than live ammunition — must have safety policies, expert weapon handlers and proof of insurance. The Texas governor's office, which oversees the commission, did not return calls from The Associated Press asking about how those rules are enforced.

California, still the capital of the film industry, requires an entertainment firearms permit, though it's not clear how permit requirements are enforced.

Actor Brandon Lee died in March 1993 after he was shot in the abdomen while filming a scene of “The Crow.” Lee was killed by a makeshift bullet that remained in a gun from a previous scene. The U.S. Occupational Health and Safety Administration fined the production $84,000 for violations after the actor's death, but the fine was later reduced to $55,000.

In 2005, OSHA fined Greystone Television and Films $650 after a crewmember was shot in the thigh, elbow and hand. It turned out that balloon-breaking birdshot rounds were in the same box as the blanks that were supposed to be used in rifles.

New Mexico state lawmaker Antonio “Moe” Maestas, an Albuquerque lawyer and champion of his state’s film incentives, questioned whether any safety legislation could have prevented the fatal shooting on the set of “Rust.”

“How can you disincentivize an involuntary act?" he asked.

Maestas said production companies might think about using post-production effects to mimic the sights and sounds they now rely on prop guns to create.

“That’s the only way to really ensure this never happens again,” he said.