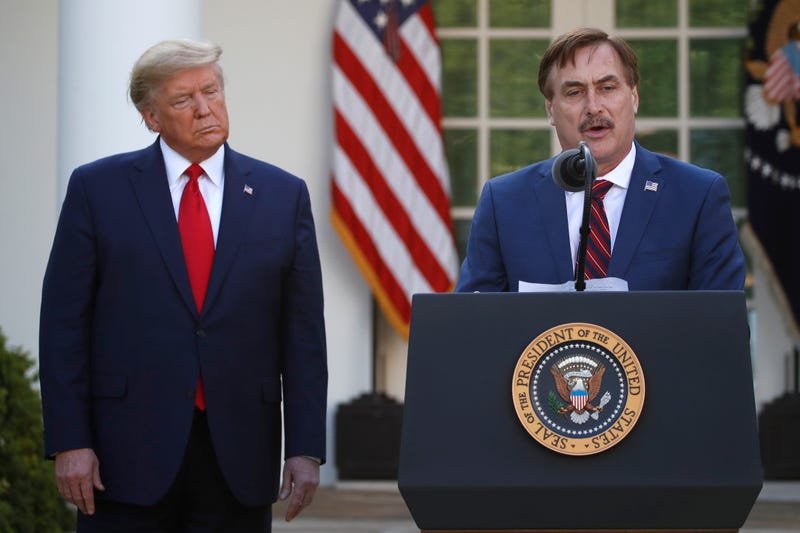 NEW YORK (AP) — The founder and CEO of MyPillow, who amplified President Donald Trump's claims of election fraud, said a backlash against his company has begun after a mob stormed the U.S. Capitol this month.

Mike Lindell, who appears in TV commercials hugging the company’s foam-filled pillows, said major retailers like Bed Bath & Beyond and Kohl’s have dropped his products recently.

Both companies confirmed the decision to cease carrying the brand Tuesday, but cited flagging sales rather than Lindell’s actions or his support for Trump.

“There has been decreased customer demand for MyPillow,” Kohl’s said in an email.

Lindell has continued to push bogus claims of election fraud since Trump’s loss to President-elect Joe Biden in the presidential race. MyPillow's logo was also prominently featured on TrumpMarch.com, a website that promoted the Jan. 6 events in Washington, in which rioters stormed the Capitol.

That has led people to flock to social media and put pressure on stores carrying MyPillow to drop the brand. Lindell said products have also been pulled from online furniture store Wayfair and Texas supermarket chain HEB. Neither company responded to a request for comment.

“They’re succumbing to the pressure from these attacks,” Lindell said in an interview with The Associated Press. “I’m one of their best-selling products ever. They’re going to lose out. It’s their loss if they want to succumb to the pressure.”

Lindell said he doesn’t regret his election claims or his support of Trump, who he said he first met in 2016.

“I stand for what’s right,” said Lindell, who created the MyPillow in 2004 and built the business in Chaska, Minnesota, southwest of Minneapolis. “I’m standing firm.”

Aside from the retail pressure, Lindell is also facing potential litigation from Dominion Voting Systems for his accusations that their voting machines played a role in election fraud. The Washington Post reported that Dominion sent Lindell a letter earlier this month stating that they would pursue legal action against him.

Lindell said he's conducted his own investigation into the voting machines and hopes Dominion will file its suit quickly so that “all the evidence can come out.”

Asked if he played a role in the insurrection of the Capitol, Lindell said he didn’t support it at all.

“What are you talking about? I wasn’t even there," he said before abruptly ending the call. “I have to get on another show. Now our conversation ends.”