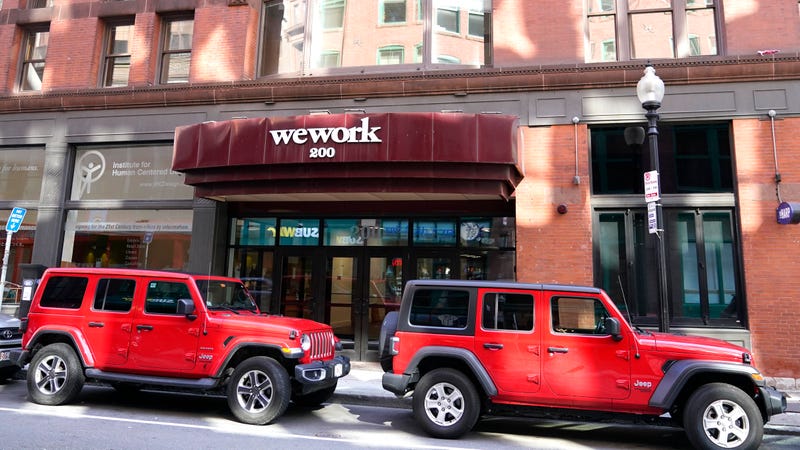 WeWork will become a publicly traded company Thursday after a spectacular collapse during its first attempt to do so two years ago.

WeWork is emerging more than a year into a pandemic that closed millions of square feet off office space and the hope is that a work environment turned upside down is the ideal time for a company that sells shared workspace to thrive.

Investors warmed to the idea shortly after the opening bell and shares of WeWork rose almost 9%, to $11.27 each.

WeWork leases buildings and divides them into office spaces to sublet to members, which include small businesses, start-ups and freelancers who want to avoid paying for permanent office space. But over time its operating expenses became exorbitant and it relied on repeated cash infusions from private investors.

The New York City company closed its agreement to merge with BowX Acquistion, a special purposes acquisition company, on Wednesday. SPACs are groups of investors that band together to speed a company to a public listing, usually at the expense of transparency for outside investors.

It's been over two year since WeWork’s first attempt at an IPO blew up in spectacular fashion, with CEO and founder Adam Neumann being ousted. The company had been valued around $47 billion before investors began to buck, fed up with exorbitant spending and erratic behavior from Neumann.

Japan's SoftBank, a major early investor, stepped in to keep the company afloat and will hold a majority stake as part of the SPAC. Neumann is not out of the picture either, and will hold voting power of more than 10% in the newly formed company.

WeWork has emerged a slimmer company and shi