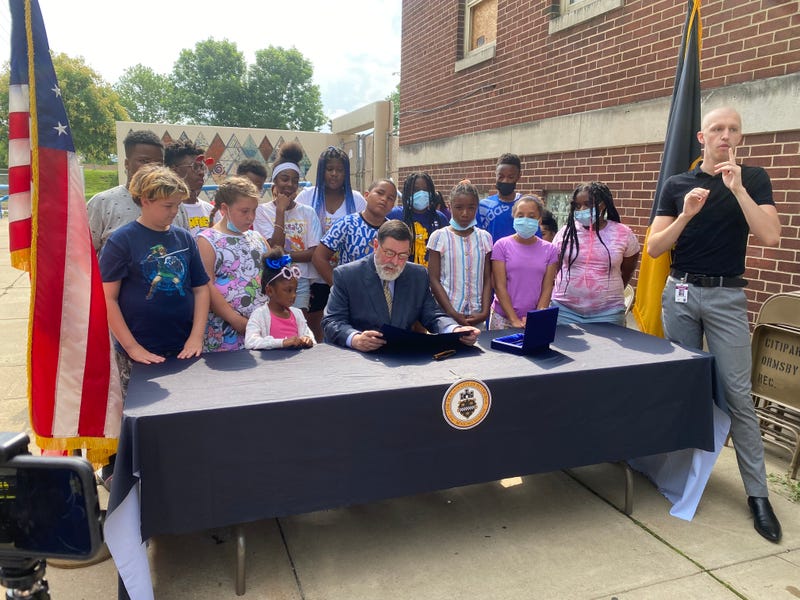 The City of Pittsburgh will soon have a Youth Bullying Prevention Policy, according to an Executive Order signed by Mayor Bill Peduto Wednesday.

Peduto signed the order at the Ormsby Recreation Center in the South Side.

"It's tough enough growing up and being a young kid," said Peduto. "It makes it even harder when somebody is trying to put you down, and what we want to make sure is that when whenever you are at a City of Pittsburgh facility, that's not going to occur."

The Executive Order calls for the Departments of Parks and Recreation, Human Resources and Civil Service and Public Safety to develop and implement the policy. The departments will also organize ongoing staff training to help them better recognize and mitigate bullying.

"We are not only saying that we are against youth bullying, but it will not be tolerated, that we are going to take action against it," said Janet Manuel, director of the City's Department of Human Resources and Civil Services.

The policy will particularly focus on children in protected classes who may be more vulnerable to bullying.

Any City department that organizes youth-focused programming will be required to implement the policy.