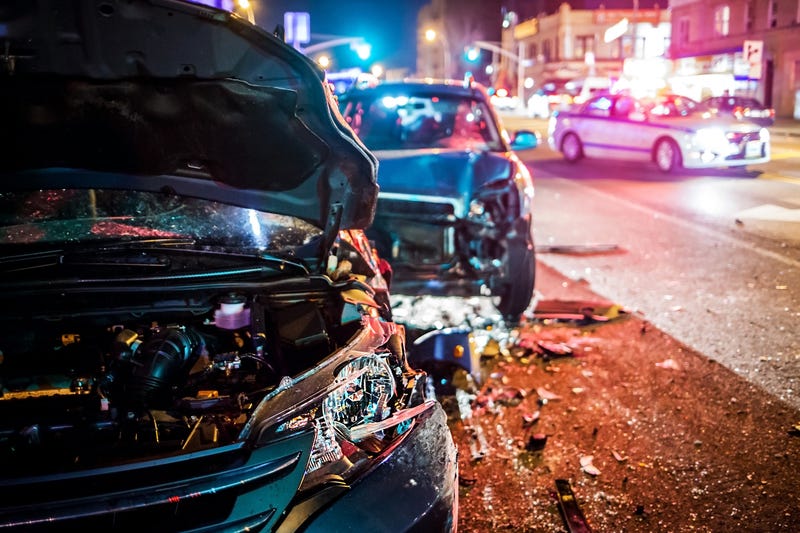 Seven vehicles have damage after a series of collisions in Downtown Pittsburgh.

It started to unfold around 7 a.m. at Fourth Avenue and Cherry Way, where a man driving a Jeep struck a vehicle near the PPG building and drove away at a high rate of speed.

Police say he ran a red light at the intersection with Cherry Way and his SUV was struck by a vehicle.

The Jeep rolled and flipped, hitting three parked vehicles. The three vehicles resulted in a domino effect and ended up with a total of 7 vehicles being damaged.

The man had a head laceration and was taken to a hospital in stable condition. Another driver was transported for evaluation. Charges are pending.