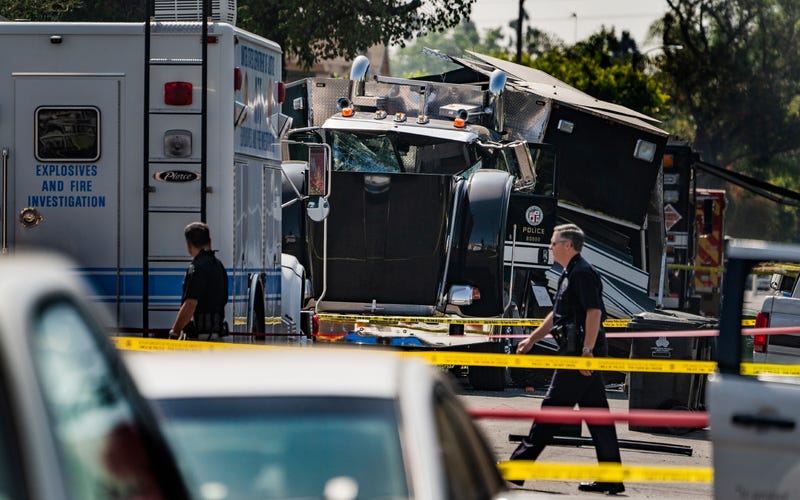 LOS ANGELES (AP) — Los Angeles police bomb technicians made major miscalculations in June when they detonated illegal fireworks improperly and caused a massive explosion that rocked a city neighborhood and injured 27 people in June, according to a report by federal investigators.

The 51-page report from the Bureau of Alcohol, Tobacco, Firearms and Explosives, released Tuesday, ruled out other possible causes, such as an equipment defect, for the June 30 blast in South Los Angeles. The Los Angeles Police Department also issued its own 53-page after-action report.

The technicians overloaded a containment chamber with the illegal fireworks above the equipment’s safety rating after authorities were called to a South LA home for a huge stash of fireworks ahead of the Fourth of July. Preliminary findings previously said the bomb technicians' errors were likely to blame.

The vessel exploded, and debris rained down on dozens of residences, businesses and vehicles. The ATF estimates that the catastrophic blast caused more than $1 million in damages to the neighborhood.

The LAPD report states that the agency’s bomb technicians do not undergo formal training to operate the containment vessel and merely have “on the job training” in its use. The technicians never weighed the homemade fireworks with a scale on June 30, and they grossly underestimated how much explosives they contained, investigators found. Officials also say that the agency's evacuation procedures must be improved.

Unlike other police departments, the LAPD does not transport explosives to a safe disposal site to detonate them away from homes and businesses. The department's protocol on June 30 was to detonate the homemade fireworks in the containment vessel in the evacuated neighborhood if techs believed they