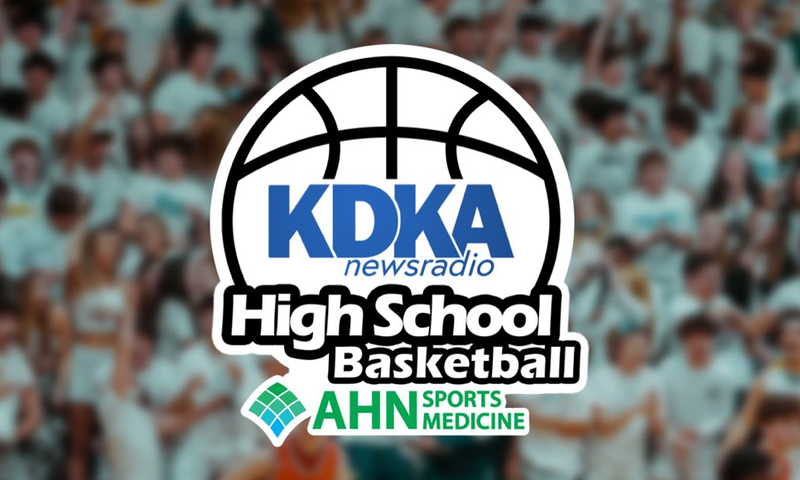 As the region’s high school basketball playoff chases kicked into high gear, there were a couple of dominant individual performances on the hardwood, including a 50-point effort and a triple-double.

This season, we will nominate four players (two boys, two girls) to the KDKA Radio Super 7 Basketball Watch List each week. At the end of the year, KDKA Radio will name one player from each WPIAL boys and girls classification, plus the Pittsburgh City League, as the prestigious KDKA Radio Super 7 Player of the Year Award winner.

Here is a look at the four players who had big weeks on the hardwood in Week 6 of our coverage:

It was a big week for the sophomore Wetzel both on and off the county.

On Tuesday, the forward posted a rare triple-double with 25 points, ten rebounds and ten blocks in a 66-50 win over Canon-McMillan.

She also, during the week, picked up scholarship offers from Pitt, Arizona State and Buffalo.

So far this season, Wetzel is scoring over 20 points per game.

Cugini is putting up scoring performances that haven’t been seen in the WPIAL… possibly ever.

The senior is averaging over 45 points per game this season, and is on pace — just 127 points away — from breaking Tom Pipkins’ district scoring record.

On Tuesday, Cugini went for 47 against St. Joseph in an 81-56 win. He followed that up by dropping 52 against Serra Catholic Friday in a 95-85 victory.

Cugini, committed to Pitt Johnstown, currently has scored 2,711 points, 127 from Tom Pipkins record, as Aquinas is 13-1.

The Antelopes had a strong week on the court with a pair of impressive victories, and O’Brien helped lead the way in each.

On Tuesday, she scored 19 points in a 54-35 win over Seton LaSale, as Avonworth kept pace in a competitive Section 2-3A.

She followed that with 21 points in a 47-34 win over Burgettstown Friday in a non-section showdown between two teams at the top of their sections.

The sophomore is scoring over 15 points per game this season.

It was a milestone week for Berger, who has been posting impressive numbers this season for the Jaguars.

The high school basketball season continues Friday, when Lincoln Park visits North Catholic for a boys basketball showdown. You can hear the game on 100.1 FM and 1020 AM KDKA Radio. And be sure to follow KDKA Radio’s social media accounts throughout the night for updates, photos and videos of the action.