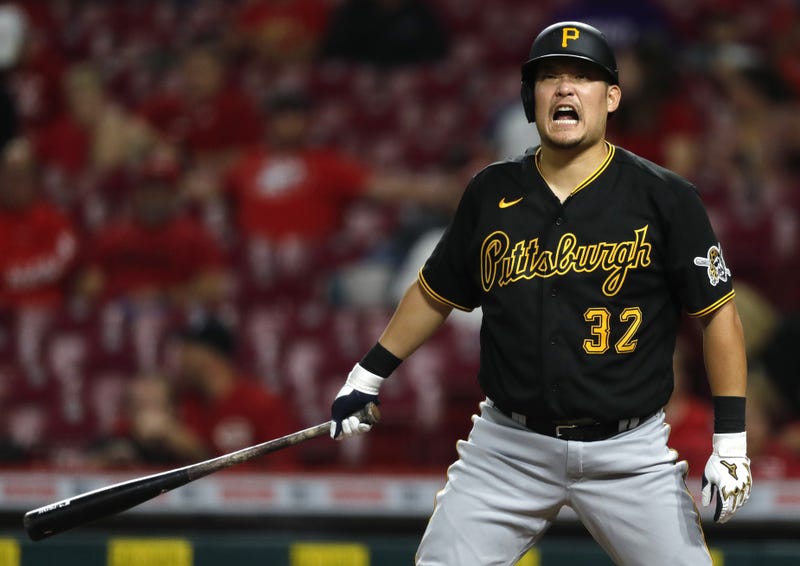 PITTSBURGH (93.7 The Fan) – Pirates are retaining a free agent from this past season. OF/1B Yoshi Tsutsugo will return for one year, $4 million as first reported by Jason Mackey of the Post-Gazette and confirmed by Audacy MLB Insider Jon Heyman.

The former Japanese star signed with the Pirates in mid-August after earlier opportunities with the Rays and Dodgers.  The left-hand hitter played in 43 games with 144 at bats with 8 home runs, 25 RBI, 8 doubles and a .347 on-base percentage with the Bucs.

Tsutsugo would have a chance to win the starting right-field job and/or battle with Colin Moran for reps at first base.