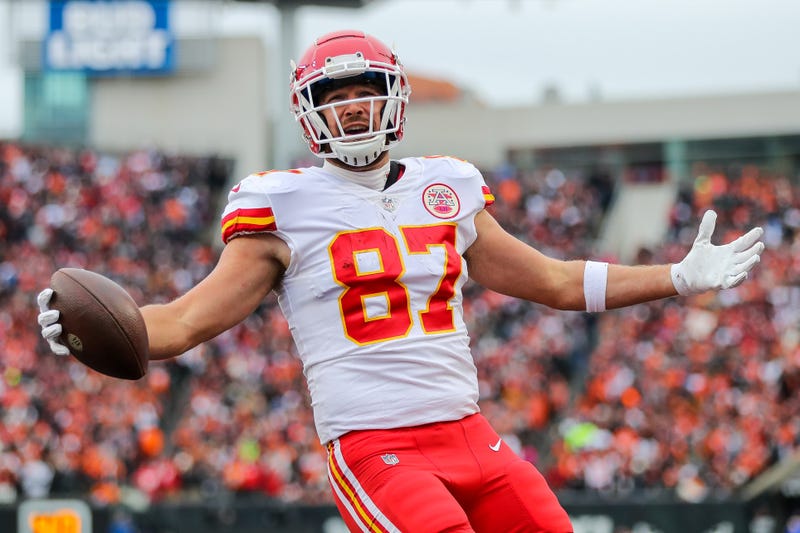 PITTSBURGH (93.7 The Fan) – The Steelers were blown out in Kansas City three weeks ago and the Chiefs didn’t play with tight end Travis Kelce. Given they had issues stopping the KC offense without him, how will the Steelers slow the record-setting TE down?

“Coach T says Travis Kelce is the best run-after-catch tight end in the world and he proves it all the time,” said Steelers corner Joe Haden.  “He closed a game with the Chargers, catching it and zig-zagging through tackles.”

It’s what separates Kelce.  Ravens Mark Andrews had more catches and more yards this regular season.  No one can impact a game like Kelce from the tight end position.

“He has the best run after in the game,” said Steelers defensive captain Cam Heyward.  “He gets the ball and he’s quick to speed.  That intermediate catch, he’s able to extend it down the field.  It’s second to none.  You always have to keep your eyes on him, if you don’t he will burn you.”

“His work speaks for himself,” said linebacker Robert Spillane.  “He’s one of the best tight ends ever to play the game.  He’s a matchup problem for anyone across the field.  We do things personnel-wise and schematic-wise to limit him as much as possible.”

“He’s known to take five-yard catches and turn them into 55-yard touchdowns.  Tackle the catch is the main emphasis for us this week.”

His yards after catch, YAC, is best in the league for a tight end.  He has the very odd designation of having 561 yards before contact and 564 after.  You just never see that.  He has also versatility to line-up out wide.

“He’s one of the best tight ends of all-time because of the way he can split out and be a wide receiver,” Haden said.  “He’s a mismatch with linebackers and safeties and then with corners, he’s a little bigger than us.  Him being able to run those routes, find the holes in the zones.”

Over the last eight seasons, the 6’5” Cleveland native has 704 receptions for 9,006 yards and 57 touchdowns.  He is averaging around 100 catches and 1300 yards and nine touchdowns a year over the last four seasons.

Even though Steelers defensive coordinator Keith Butler says he doesn’t know if he has anyone that really matches up with Kelce.  The 32-year-old’s numbers against the Steelers are pretty pedestrian.  In five career games, 25 catches for 273 yards (10.9 avg) and three touchdowns.

Butler was part of the game plan that had safety Terrell Edmunds on Baltimore’s tight end on Sunday.  Mark Andrews was targeted 16 times, had eight catches for 85 yards and no scores with a long of 28 yards.

“T.E.’s (Terrell Edmunds) challenges are coverage related usually around a tight end and there's some dynamic ones and he always runs to that fight,” said Steelers head coach Mike Tomlin.  “He doesn't run away from it. I love his attitude regarding the last week, but obviously this is a new week and so he'll be challenged in a big way that way.”

“It takes us making sure we keep our eyes on him,” Heyward said.  “Everybody getting to the ball and when you get to the red zone, he’s the magnet.  Everything runs through him.”

“That’s what makes this thing fun,” Butler said.  “You have to stand up, you got to raise up, put out your best and see how this thing happens.”