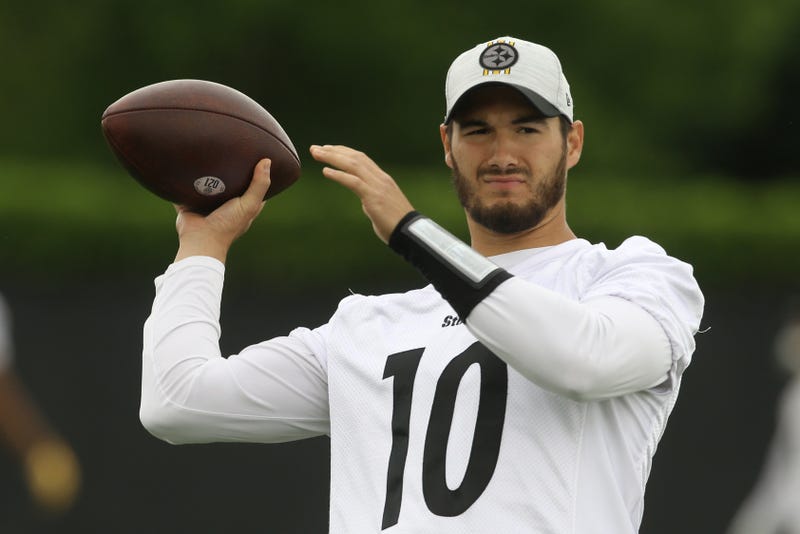 PITTSBURGH (93.7 The Fan) – In the decision to go to Kenny Pickett as the starting quarterback, Mike Tomlin was also quick to say Tuesday the failures with the offense were not all Mitch Trubisky’s fault.

“We haven't moved the ball fluidly enough to our liking. We haven’t put enough points on the board. The quarterback is a component of that, but not the only component.”

“We've all got to absorb the responsibility that comes with what we haven't done, particularly in that phase, including myself and starting with myself. When you make a quarterback change, you're really sensitive to that component of it because I don't want to dump the responsibility of what transpired at Mitch’s feet. That's not fair to him. He's played better than that description.”

To that point, Tomlin said he considered going back and starting Trubisky this week.  The 28-year-old will serve as the back-up quarterback.  Mason Rudolph could have been the choice, but Tomlin said Trubisky earned at least being the second-stringer.

“He’s deserving of that,” Tomlin said. “I don’t know that there’s any messaging associated with it other than the fact that he’s the next best option for us this week as we ready ourselves to play.”

A head coach of 16 years, a former player himself and with kids who play college football, Tomlin is sensitive to Trubisky’s feelings.  Tomlin said Mitch was understandably disappointed and that he wants to be a positive contributor to what they do.

“Whenever you’re working as a collective, oftentimes there’s setbacks for individuals within the collective as you pursue what it is that we all need,” Tomlin said. “Being part of a team, I think we all understand that. But at the same time, we don’t want to discount it or be insensitive to it because we’re in it. We’re sensitive to the situation that Mitch is in, while at the same time, we’ve got a

“So, I’m sure that Mitch is going to be professional. Mitch has been a part of that program in Buffalo. I’m sure he’s going to be a positive contributor to our readiness and provide awesome insight throughout the preparation process and be a big help to Kenny.”

“I just appreciate the professionalism that all our quarterbacks have displayed throughout this process. All of them, Mason, Kenny, Mitch, they’ve been a pleasure to work with.”