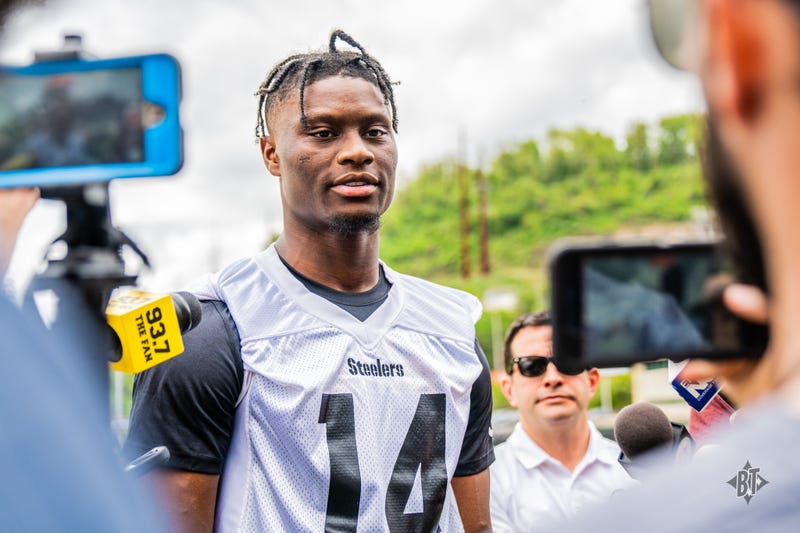 The Steelers have announced the signing of second-round pick, wide receiver George Pickens.

The University of Georgia product signed a four-year deal Friday and is the first Steelers rookie to sign their rookie contract.

"They're real physical. That's really the biggest thing. Aggressiveness," Pickens said to Steelers.com "That's one of the biggest models of their game. That is really one of the bigger things in my game. I'm always physical. And I'm always finesse. You put those two together, you create a Steelers mentality like the receivers they already have now."

Pickens was on hand for the first day of Steelers Rookie Camp along with quarterback Kenny Pickett and other new faces at the UPMC Rooney facility on the South Side.

He’s 6’3”, 195 pounds and is known for his ability to grab jump balls.  The Alabama native also can excel at yards after catch.  Pickens suffered a right knee injury in March last year, the junior with five receptions for 107 yards-one of those catches was for 52 yards in the college football national championship game against Alabama.

His previous two seasons-85 receptions for 1,240 yards and 14 touchdowns.  He was named the SEC Offensive Newcomer of the Year and to the Freshman All-SEC Team.  The knock on him is the occasional drop due to a lack of focus.