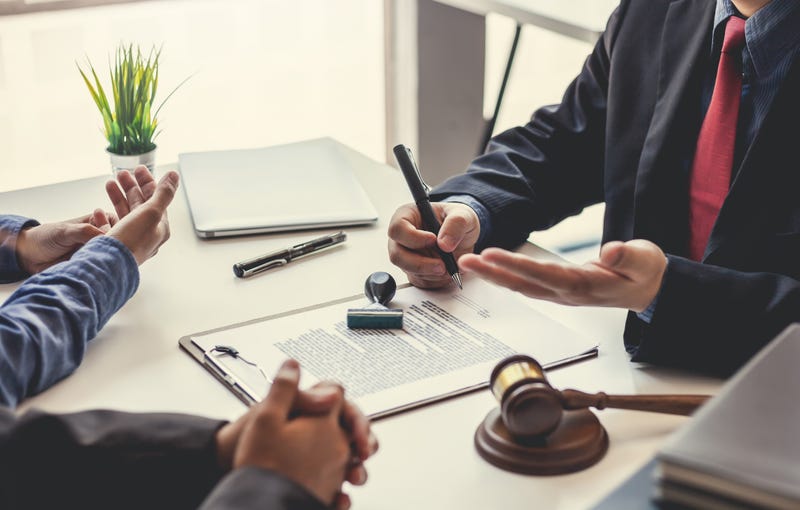 LOS ANGELES (KNX) — A New York attorney has agreed to plead guilty to a bribery charge for allegedly accepting an illegal payment in the amount of nearly $2.2 million for setting up a collusive lawsuit against a major L.A. utility provider.

Paul O. Paradis, 58, of Scottsdale, Arizona, who ran the New York City-based Paradis Law Group, agreed to plead guilty to a single count charge of bribery, the U.S. Attorney's Office announced Tuesday. In that agreement, Paradis also admitted to other bribery schemes involving high-level officials with the Los Angeles Department of Water and Power, which he represented in a billing controversy against a ratepayer client.

Paradis was accused of accepting the multimillion-dollar kickpack for persuading another attorney to allegedly represent one of his own clients, a ratepayer, against LADWP—who he was representing in the same dispute.

According to court filings, LADWP implemented a new billing system in 2013, after which hundreds of thousands of ratepayers received inflated utility bills. Both the city and LADWP faced multiple class-action lawsuits filed by ratepayers as a result of the billing discrepancies.

In 2013,, the L.A. City Attorney’s Office retained Paradis and Paul R. Kiesel, a Beverly Hills lawyer, as special counsel to represent the city inan affirmative lawsuit against the PricewaterhouseCoopers, the vendor which provided the new billing system.

When Paradis took on the city’s case against PwC, the City Attorney’s Office was aware that he was already representing a ratepayer who had a claim against LADWP arising from the overbilling controversy. According to the U.S. Attorney’s Office, that client was unaware Paradis also represented the utility.

In 2015, Paradis and Kiesel were directed by the City Attorney’s Office to find counsel “friendly to the city” to supposedly represent Jones in a class-action lawsuit against it, the U.S. Attorney’s Office alleged. Soon after, Paradis recruited a lawyer from Ohio to represent Jones in that case. Paradis allegedly told this attorney that the city wanted the suit to be “pre-settled” on its preferred terms, and that Paradis would perform all or most of the Ohio attorney’s work on the case.

In exchange, Paradis would reportedly receive 20% of the Ohio attorney’s fees—an illicit kickback.

Later that year, the U.S. Attorney’s Office alleged Paradis used “nonpublic information” provided to him by the City Attorney’s Office and LADWP to draft a complaint for a class-action lawsuit against the city with his own client named as the class representative. That same month, Paradis provided the draft complaint to the Ohio attorney for filing. That attorney filed the suit in April 2015.

Two months later, Paradis and others representing the city in the overbilling lawsuit participated in four confidential mediation sessions with the Ohio attorney. When mediation closed, the mediator presented a proposal to cap plaintiff’s attorneys’ fees at $14 million. Another lawyer representing the city reportedly objected to this amount, and complained in an internal email that it was unjustifiably high. His reasoning was, in part, that the Ohio attorney had completed “little demonstrative work to advance the interests of the class.”

Despite the objection, the city agreed to the proposed fee arrangement.

In 2017, an L.A. Superior Court judge issued final approval of a $67 million settlement agreed to by the parties in the overbilling lawsuit, including about $19 million in attorneys’ fees to the plaintiff.

The U.S. Attorney’s Office alleged the Ohio attorney then secretly paid $2,175,000 to Paradis, disguising the kickback as a real estate investment. It was reportedly funneled through shell corporations that Paradis and the Ohio attorney set up exclusively for the purpose of conveying and concealing the payment.

As part of his plea agreement, Paradis admitted to giving other bribes to multiple LADWP officials, including a general manager and board member, in exchange for their help in securing a three-year, $30 million no-bid contract with the utility for Paradis’s Downtown L.A.-based web-services company, Aventador Utility Solutions.

When it approved the contract, the LADWP board was not aware that Paradis had ghostwritten a May 2017 independent monitor report on the overbilling settlement, which the board used to render its contracting decision. The report claimed the utility could not meet its obligations under the settlement agreement unless it contracted with Aventador.

The board was also unaware that the LADWP general manager advocating for the contract had secretly agreed to become Aventador’s CEO with an annual salary of $1 million and a luxury company car.

Paradis is expected to make his initial court appearance in “the coming weeks,” according to the U.S. Attorney’s Office. The FBI is continuing to investigate the matter.

Kiesel is cooperating with investigators and has not been charged with any wrongdoing, according to the U.S. Attorney’s Office.