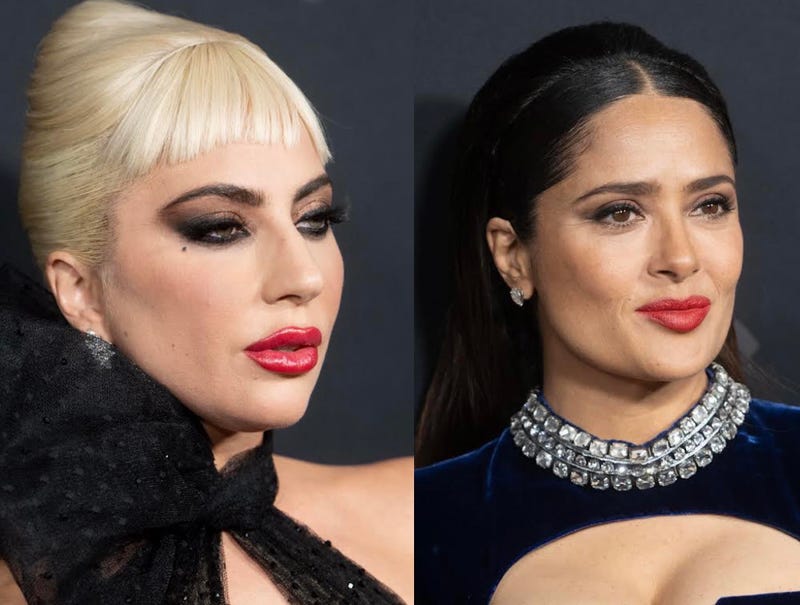 If you saw House of Gucci, then, of course, you haven’t forgotten that hot tabletop scene that Lady Gaga and Adam Driver shared early in the film. Well, apparently that wasn’t supposed to be the only intense sex scene in the movie.

For all the little monsters out there! Audacy's Lady Gaga Radio is brimming with all your favorite Mother Monster tracks. Listen now!

While speaking during a cast Q&A, Gaga revealed that her character, Patrizia Reggiani, and Salma Hayek’s TV psychic character, Giuseppina "Pina" Auriemma, were supposed to share an even more intense sex scene and that she had pushed for the idea.

In a video posted to Twitter by Pop Crave, the “Stupid Love” singer can be seen sitting on a panel talking about the scene that never made it to the big screen. Gaga praised the film’s director, Ridley Scott, for embracing the idea.

LG admitted, “There is a whole side of this film that you did not see where Pina and I developed a sexual relationship. Okay, yeah, director's cut — who knows. This is a testament to him as a director because he allowed us to go there and I remember being on set with Salma and going, 'So after Maurizio dies maybe it gets hot.'"

Lady Gaga says that her and Salma Hayek’s ‘House of Gucci’ characters developed a sеxual relationship in scenes that didn't make the final cut. pic.twitter.com/yuU5Ov2nis

In quick response to Gaga’s revelation, Hayek clapped back, “You think she is kidding!”

Last May, Hayek told Variety that she had shot scenes that never made it to the final cut. “I think we had a lot of fun reliving scenes that are not even in the movie and [Gaga] is the ultimate professional, and I could not wait to get on that set. We really couldn't wait to get on the set and just do it and do it together and play off of each other,” explained the actress.