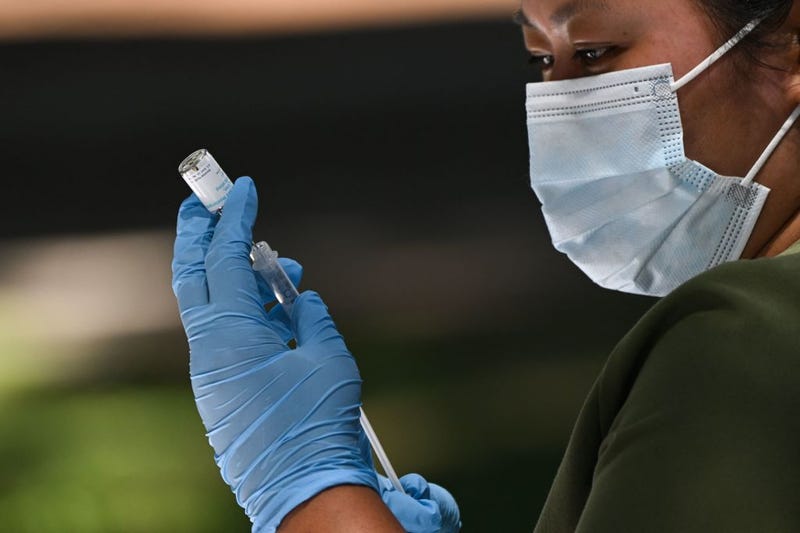 A health care worker prepares a dose of the JYNNEOS Monkeypox vaccine at a pop-up vaccination clinic in Los Angeles, on August 9, 2022. Photo credit PATRICK T. FALLON/AFP via Getty Images
By Seth Lemon

WASHINGTON (KNX) — The U.S. federal government said Tuesday it is increasing the availability of monkey vaccines to more people by stretching its current supply, giving out one-fifth of the current injection. The fractional amount quintuples the existing stockpile, which remains in short supply.

FDA officials issued an emergency use authorization Tuesday to permit the change. The agency also greenlit subcutaneous injections in people younger than 18 who are high-risk, citing safety data in adults.

The Los Angeles County Department of Public Health reported 680 cases of monkeypox, according to the most recent data published Monday — an increase of more than 100 over Friday's total. San Francisco had 472 cases as of Sunday. As of Monday, the CDC reported 8,934 cases nationwide.

Officials worry there are not enough vaccines to combat the exponential surge at the current dosage. Moreover, as the virus proliferates, it becomes more challenging to fight, making it pertinent to innoculate high-risk populations.

"In recent weeks, the monkeypox virus has continued to spread at a rate that has made it clear our current vaccine supply will not meet the current demand," read a statement from FDA Commissioner Dr. Robert Califf. "The FDA quickly explored other scientifically appropriate options to facilitate access to the vaccine for all impacted individuals. By increasing the number of available doses, more individuals who want to be vaccinated against monkeypox will now have the opportunity to do so."

The White House said Tuesday the FDA's partial-dosage emergency authorization was part of a multi-pronged plan to increase vaccine supply. The White House National Monkeypox Outbreak Response team will oversee the coordinated strategy between HHS, CDC, FDA, and state and local health officials, the White House said in a statement.

Public health officials in L.A. County said they'd wait for direction from the federal government on how to stretch the supply, the Los Angeles Times reported Tuesday. The Biden-Harris Administration promised to launch a robust effort to train health care workers on how to administer the new shot, similar to tuberculosis and allergy skin tests. The CDC will release guidance on its website, including documents and a video.

Vaccines will continue to be shipped as .5ml vials. Healthcare providers can then withdraw a .1ml intradermal dose. There are 400,000 vials in the Strategic National Stockpile, totaling 2 million intradermal injections, ready to be distributed.

"With this new alternate regimen that we have just gotten notice about, we will now have five times the number of doses," Dr. Rita Singhal, the county's chief medical officer, told the newspaper. "It would expand our capacity a good amount."

Health officials inject the current dose of the JYNNEOS vaccine — a live, non-replicating shot approved in 2019 by the U.S. FDA and 2013 by the European Medicines Agency — subcutaneously in fatty tissue under the skin. Generally, it's administered in the back of the arm. The new method, which would require health staff to be trained, delivers the injection intradermally, given on an angle into the shallow layers of the skin (epidermis).

When infected and recovering from the virus, the CDC recommends isolating, including away from animals. Monkeypox is a viral zoonotic disease and can spread between animals and people, putting domestic animals at risk. Spreading in that manner makes it nearly impossible to eradicate.

Monday's data revealed that the federal government had delivered 617,693 doses across the country. At least 1.5 million people are currently eligible for the shot.

Doctors said doling out smaller doses with a more shallow injection, as has been done for other vaccines in short supply, would help more people produce an immune response and boost antibody production to fight the virus. 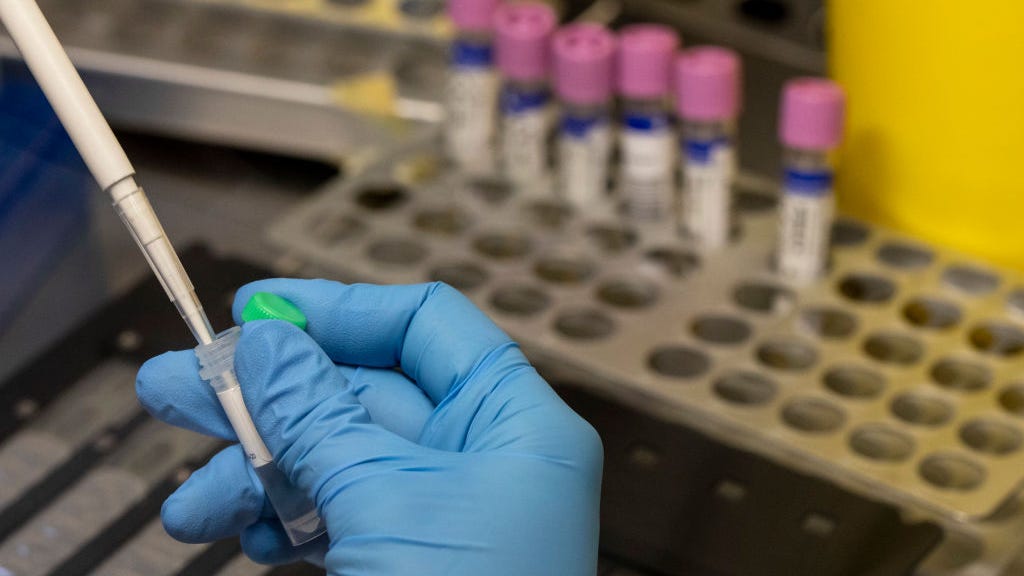 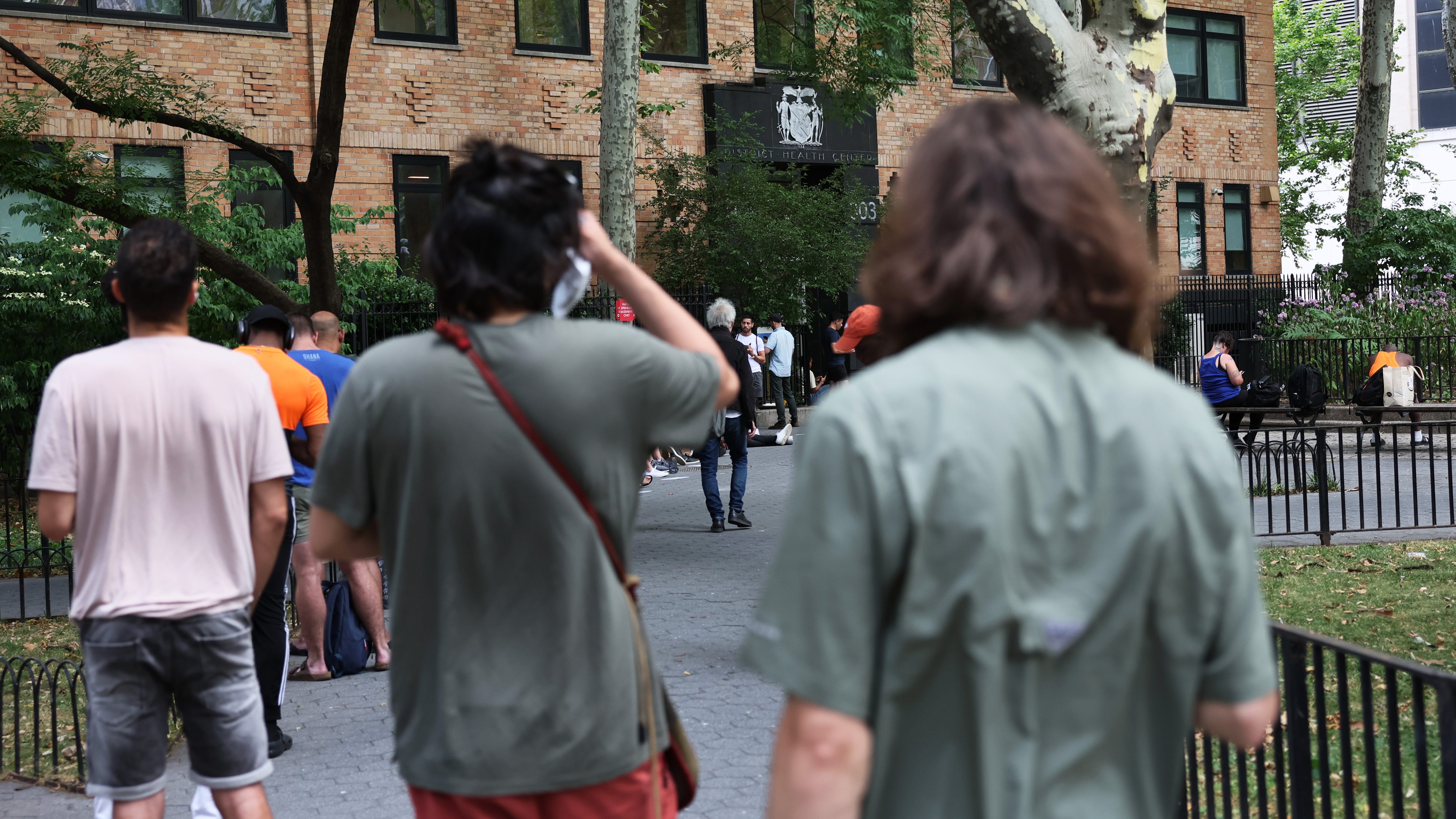