This high school band’s unique approach to practicing indoors during the coronavirus pandemic has struck the right chord.

They’re calling them "pop-up music pods" at Wenatchee High School in central Washington state, and while the band isn’t exactly marching in formation, they’ve been getting in safe and valuable practice time since students returned to campus for hybrid learning in January. 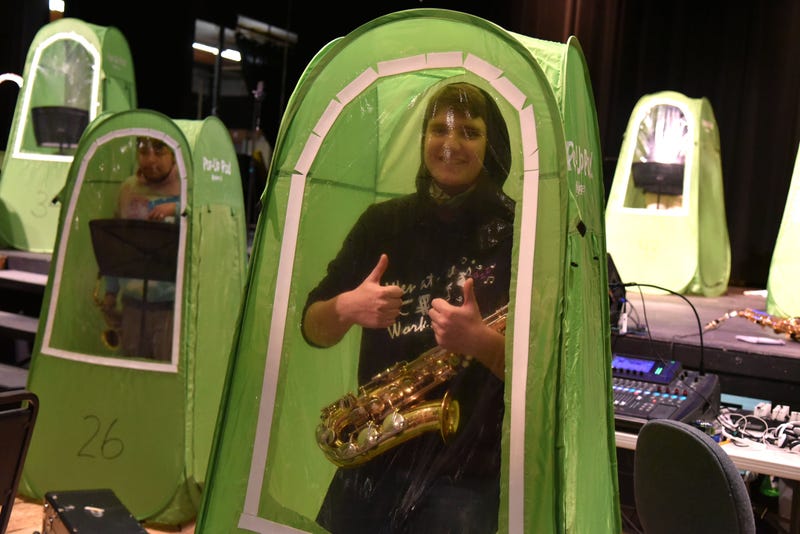 "There’s obviously a concern about singing with a mask off and we wanted to make sure that our students had both the ability to sing and play an instrument in groups so they could practice together," Wenatchee High School Principal Eric Anderson told BBC World News.

These pods are set up in the school’s band and choir rooms with students zipping themselves in before removing their masks.

While they may not be marching in formation, the GA band has been able to safely practice together in their pop-up music...

They’re not very big…but they do serve the purpose," Anderson added. "They do create a safe space for us to participate together." 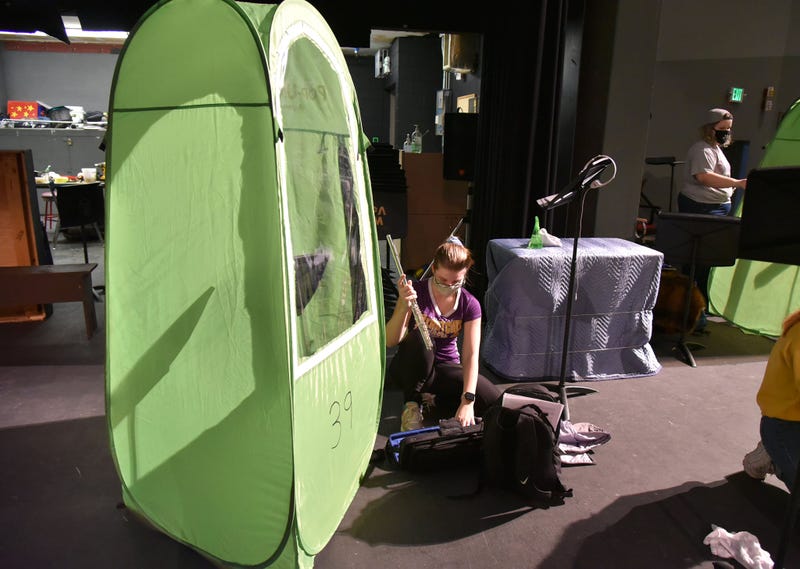 The students say they really like them, although some have admitted to getting their hair stuck in the pop-up pod's zipper. Photo credit Wenatchee School District 246

The idea came from the school’s music and theater teachers.

It was put together in collaboration with local health officials.