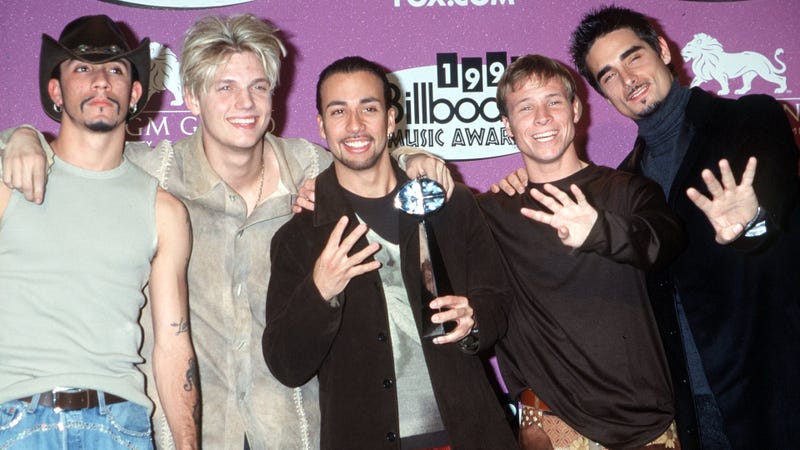 It’s been 25 years since the release of Backstreet Boys’ self-titled debut album and they’re celebrating with exclusive merch no ‘90s kid will be able to resist.

The guys took to Twitter to reveal the release of exclusive 25th anniversary merchandise this week including a cropped BSB hoodie and some ‘90s-style t-shirts.

25 YEARS OLD! 🥳 Celebrate with some exclusive “Backstreet’s Back” merch! Get yours here! https://t.co/yayDX7lhTA pic.twitter.com/UUo3N3a3tk

It didn’t take long for fans to respond with excitement and congratulatory messages to Nick, Kevin, Brian, AJ and Howie.

The Backstreet Boys album was one of the top-selling of its time in 1997 and features some of their hottest hits including, “Quit Playing Games (With My Heart),” "All I Have to Give," "As Long as You Love Me," "Everybody (Backstreet's Back)," "I'll Never Break Your Heart," "We've Got It Goin' On" and "Get Down (You're the One for Me)."

Many of the songs from the album have stood the test of time and are currently part of the setlist for the guys on their DNA World Tour, which concludes in November. Additionally, the guys are readying to release their very first holiday project, A Very Backstreet Christmas, arriving October 14.