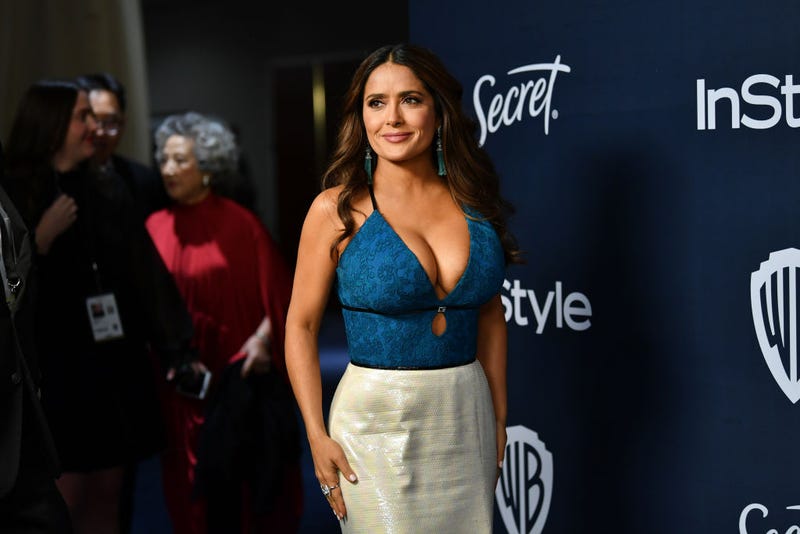 The 55-year-old actress enjoyed a moment in the sun as she sat against a rock while being drenched in the water wearing a blue bikini.

In the snap, the "Eternals" star's hair was tossed over her left shoulder while she closed her eyes from the bright sunlight. Hayek sat with her arms crossed on top of her knees and showcased her bright red nails.

The actress used the stunning photo to urge fans to make their 2022 resolutions.

Hayek captioned the photo in both English and Spanish, “If you forgot to make your new year’s resolutions, it’s still January. I made mine but I’m adding to the list. Si se olvidaron de hacer sus propósitos de Año Nuevo, todavía estamos en Enero. Yo hice lis míos pero voy a añadir a la lista.”

Earlier this month, Hayek enjoyed another beach outing in what seemed to be the same bikini. 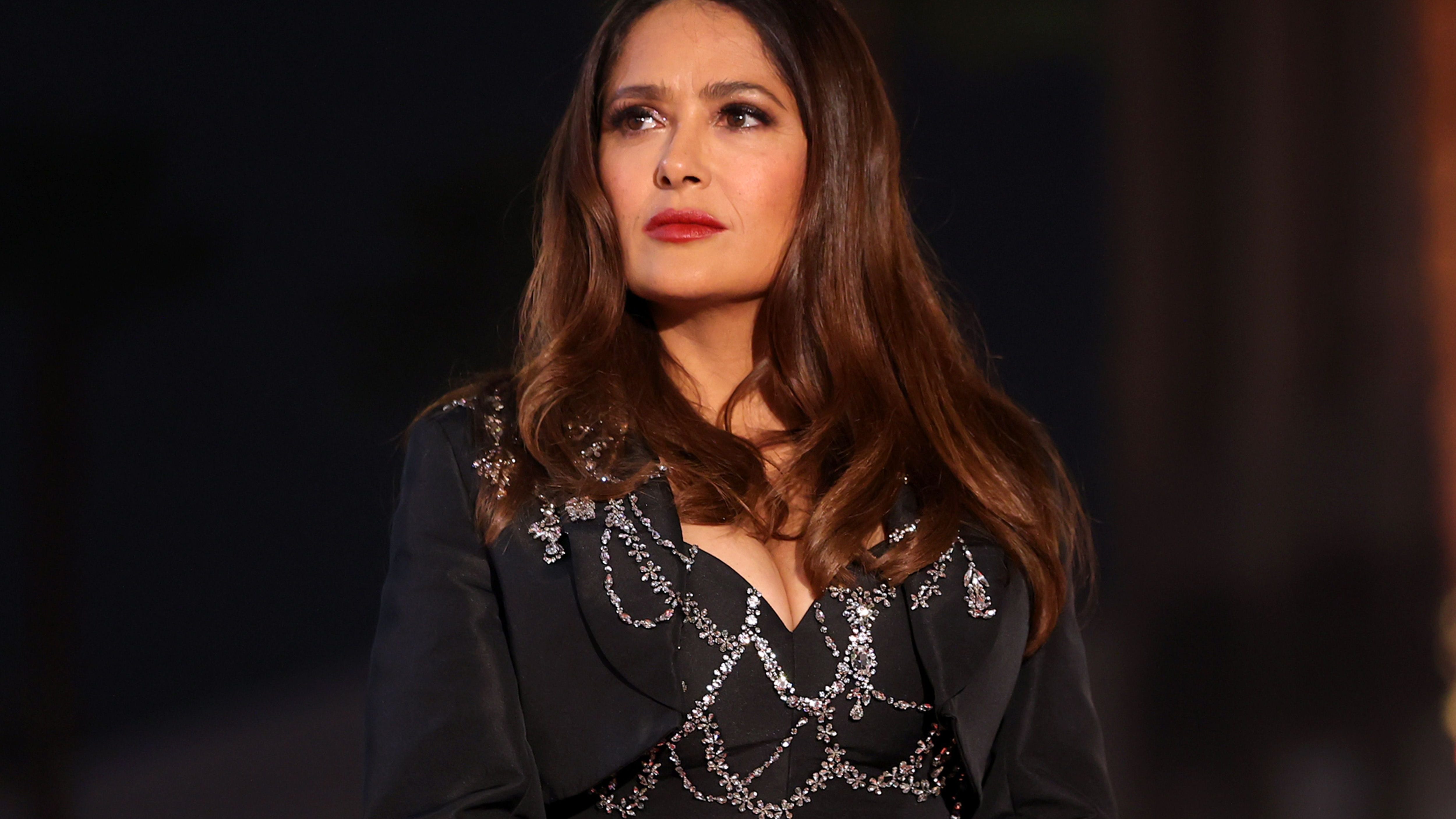 Salma Hayek, 55, takes a dip in frigid water while donning a blue bikini

The "Hitman's Wife's Bodyguard” star started the year catching the rays in a tropical paradise.

In a series of snaps set against a mountainous backdrop, Hayek took a dip in a blue two-piece swimsuit.

However, it’s her hilarious reaction to the water temperature that makes the photo an instant hit.

In the first photo, the Mexican-American actress is surprised by how cold the water is as she shrugs her shoulders up high and shrieks in alarm. 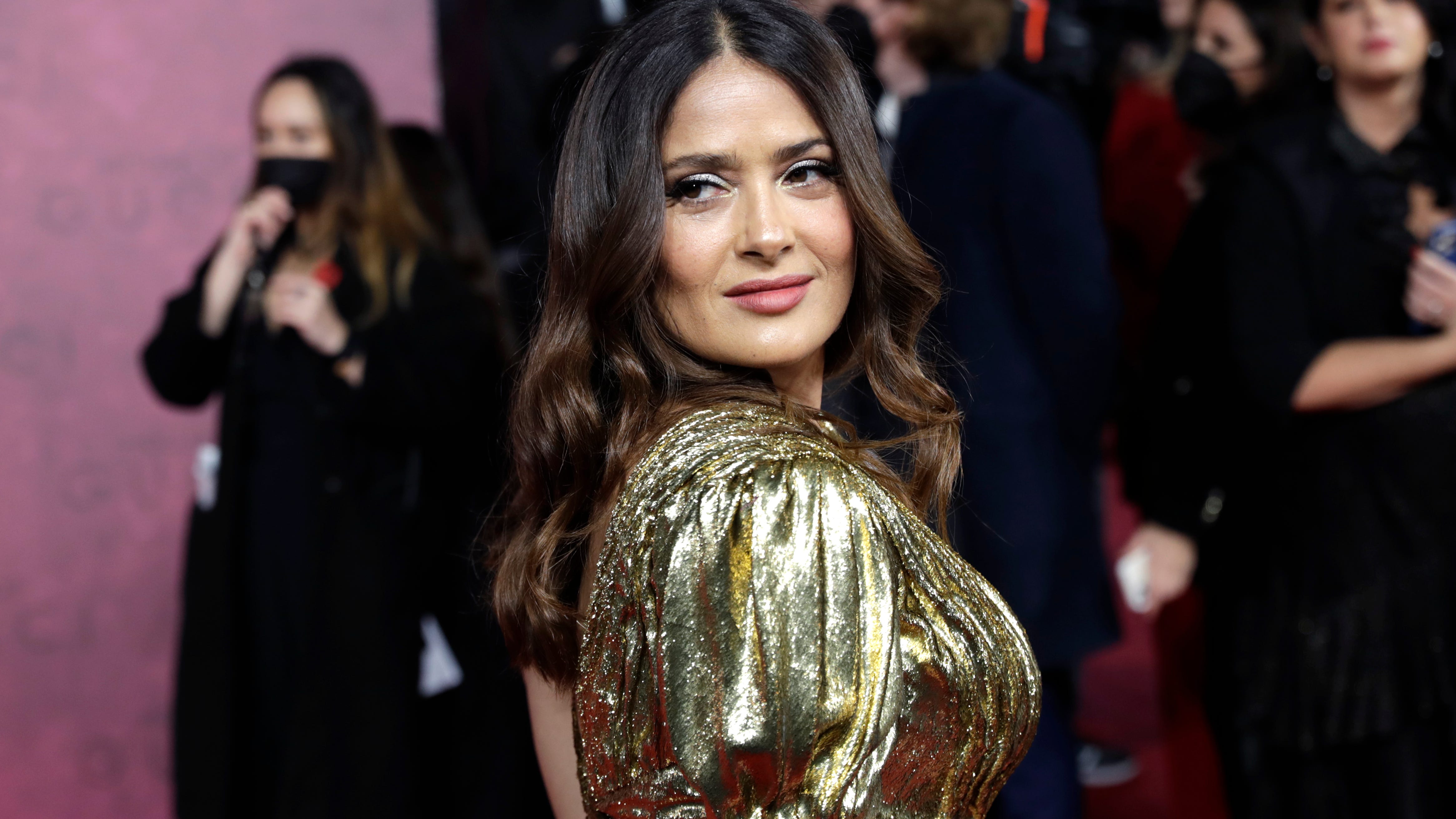 The second photo reveals she eventually braved the frigid temperatures to dunk her head entirely underwater.

“The pain and pleasure of cold water,” she captioned the photos.