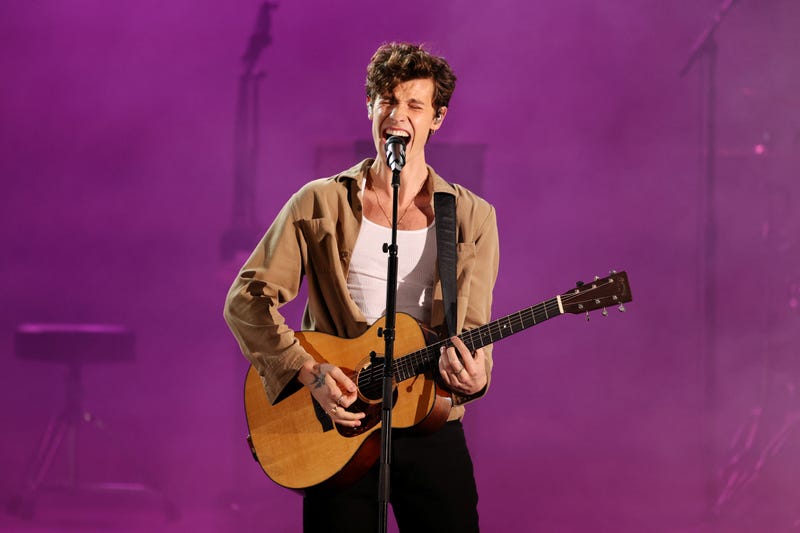 Shawn Mendes is working through his split from Camila Cabello one sad music video at a time, and along the way, he’s been breaking our hearts too.

For all your favorite tracks from Shawn, plus music similar to Mendes' sound, check out Shawn Mendes Radio, now playing on Audacy

Just about two months after his breakup with Cabello, Mendes dropped the music video to his single “It’ll Be Okay,” on January 13. The video, directed by Jay Martin, encapsulates sadness, as we watch Mendes grapple with pain from the past.

As the GRAMMY winner walks down the snow-covered streets of his native Toronto, Canada, the artist sings lyrics to the emotional ballad while outlining the details of a tumultuous relationship coming to an end.

Mendes released the track last December and left the words “If you tell me you're leaving / I'll make it easy / It'll be okay / If we can't stop the bleeding/ We don't have to fix it / We don't have to stay / I will love you either way,” chilled in our minds.

When the “Wonder” artist dropped the track he took to Instagram to address his fans and shared, “It feels like I haven't truly connected with you guys in a while. I miss you I hope you love this song."

Following that post, Mendes shared a video on Instagram thanking his fans for understanding him and connecting with “It’ll Be Okay.”

He explained, “I just wanted to make a little video and say thank you to everybody who has been connecting with ‘It’ll Be Okay’ and posting videos.” While at home in Toronto, the singer continued, “I’m having a little bit of a hard time with social media at the moment and just kind of my relationship with it. But I have lots of people sending me videos and telling me what’s going on.”

Shawn said that he uses music as a tool to process his own feelings, and said, “when I make music, the ultimate goal is to be sitting there and have my own truth revealed to me.”

“And a lot of the time when I’m writing songs I’m usually using music as a platform to be able to get to a place inside of myself that I wouldn’t be able through by just talking with people…” noted Shawn.

He concluded, “I see how much love you’re giving this song and giving me and that means the world to me. So thank you, I love you guys.”

Shawn’s video explanation arrived a few months after he and Cabello announced their mutual split. In November, the duo shared a note explaining their breakup and assuring fans that there were no hard feelings.

The joint statement read, “Hey guys, we’ve decided to end our romantic relationship but our love for another as humans is stronger than ever. We started our relationship as best friends and will continue to be best friends. We so appreciate your support from the beginning and moving forward. Camila and Shawn.”