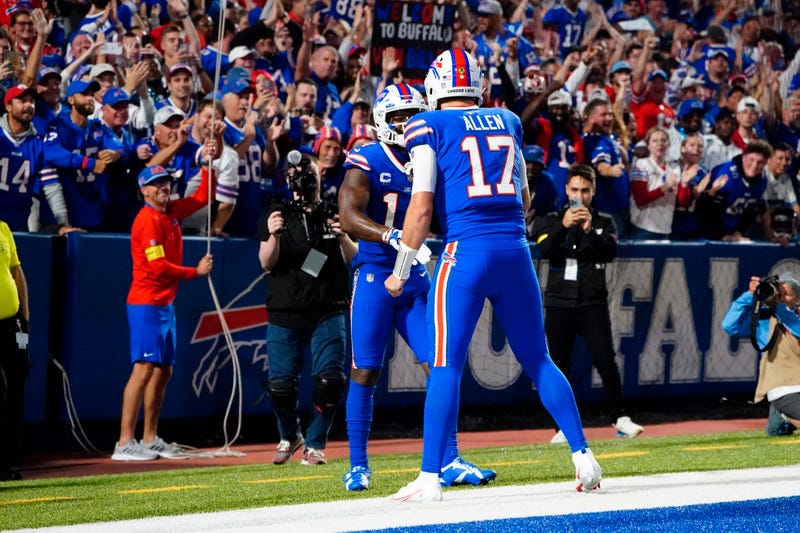 The Bills are probably the best team in the NFL, and on Monday in Orchard Park, they proved it with yet another butt-kicking of an AFC playoff hopeful. Buffalo blasted the Titans -- last season's top seed in the conference-- by a score of 41-7. Which opponent is going to slow down the Bills is the biggest question in the league right now. Incredibly, the blowout was the first win in Buffalo on Monday Night Football in almost three decades.

The Bills give us an incredible atmosphere, the antics of Bills Mafia. And that excitement exists in late-season situations, and in crazy weather conditions. This is usually the Holy Trinity of catnip for television executives. Yet the Bills hadn't won a game on Monday night in Orchard Park in 28 years. What gives?

First, let's take a look at the harsh reality. Between the Bills' greatness of the early 1990s and the recent vintage of Josh Allen-Sean McDermott, there was a lot of lousy football. Although the modern Monday Night Football schedule offers fans underwhelming matchups on a routine basis, the night used to be reserved for the best teams in the NFL.

Some of the Bills' drought on Monday nights can be chalked up to dumb luck. The current team has played in that time slot and won, but it just happened to be on the road. They beat the 49ers and Patriots away from Orchard Park two seasons ago on Monday. They also dealt with gale force winds last season in Buffalo against New England, and lost a game Bill Belichick refused to throw a pass in. In a rematch, the Bills destroyed the Pats in the AFC wild-card round. So, the Bills have played in -- and been good enough to win -- Monday night games over the past three seasons.

But let's go back to the beginning of this streak -- the barren decades from 1994 to 2020. We'll scratch off the decade of the 2000s, one of despair for the Bills that left them out in the bitter cold. They were bad, cycling through coaches and quarterbacks after Marv Levy and Jim Kelly, and were shut out altogether from Monday Night Football between 2000-07. Let's peek under the hood before and after those lean years.

During their four iconic Super Bowl seasons, the Bills were on Monday Night Football quite a lot (see the chart below). At the time, these games were the only true measure of national primetime popularity, because the Sunday night package was on cable (ESPN/TNT) and took lower-tier games. This was also pre-Thursday night games. In its run of four consecutive AFC titles (1990-93), Buffalo played on Monday night 10 times, but just three of those games were at home. The Orchard Park freeze-out had begun.

In the season following that four-year run of dominance, the Bills defeated the Broncos at home, 27-20, in 1994. Hall of Fame running back Thurman Thomas amassed 100 yards and two scores in the win. That was unknowingly the end of an era. In November 1994, the Bills traveled to Pittsburgh, starting a run of nine consecutive Monday night road games through the end of the decade. For the rest of the 1990s, Buffalo fans were shut out of the party, like Kimmy Gibbler. That's when the post-dynasty dark days set in. They wouldn't appear on Monday again until 2007. 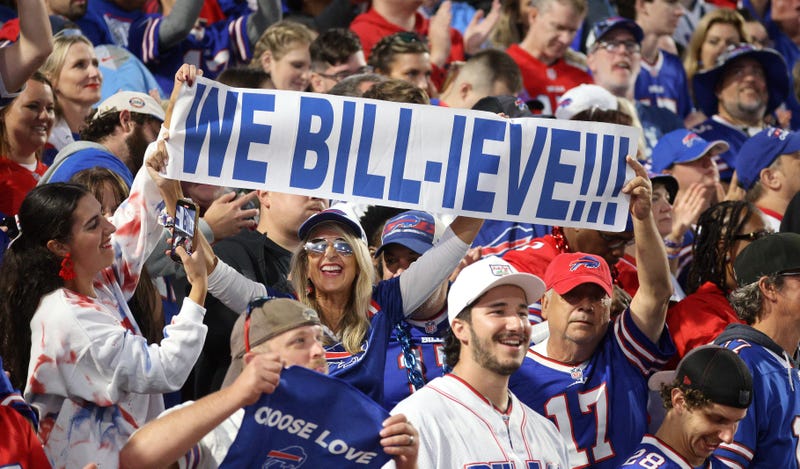 So, the Bills didn't host a Monday night game for 13 years, but they were still good enough to be in nine of them during that stretch. Putting them on the road every season was a message. Some theorize that it was the outdated stadium -- a facility opened in 1973 that didn't see significant upgrades until 2012. And through those decades, the organization's light renovations were limited to additional luxury suites and a larger scoreboard.

Perhaps the other league owners held Bills home games at ransom to deliver the bells and whistles that could make the league more money. Perhaps ABC didn't want to televise games in cramped facilities and an outmoded stadium. as new palaces popped up around the late-1990s and early 2000s.

But was it something else? Some have pointed to the theatrics of Bills Mafia and figured the league (and the Bills) didn't want to encourage that behavior. A Monday night game gives fans -- especially in the Eastern Time Zone -- all day to get liquored up. The Patriots were kept off of Mondays in Foxboro in the 1980s and 1990s due to concerns about all-day partying and late-night rowdiness around neighbors. Both stadiums are located in residential areas, rather than alongside massive highways like so many others.

By the late 2000s, the NFL had softened. The Bills finally returned to Monday night in 2007, but they lost back-to-back years in Buffalo in 2007 and 2008 to the Cowboys and Browns. (These were also by a total of three points, so the drought could've easily been stopped 15 years ago.)

It might've been a chess piece against Bills ownership, or a reaction to fans' folding-table wrestling and Labatt chugging (most of Bills Mafia's viral antics spiked with social media in the last decade, though). It was at least partially due to a dreadful team in the 2000s -- it was some bad luck, too.

But there was a decision made for nearly a decade and a half to not put one of the league's best teams and entertaining fanbases at home on a Monday. Thankfully, the freeze-out is over, and Bills fans finally saw their elusive home victory this week. And it could be the first of a few droughts since the 1990s that are broken by this dominant Bills squad. Here's that long list of games: