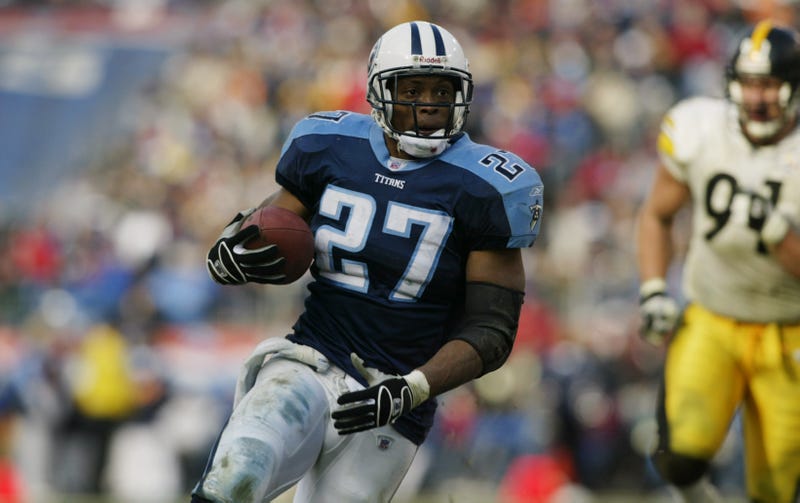 Dallas Cowboys star running back Ezekiel Elliott has stated that his goal is to rush for 10,000 yards and collect a spot in the Hall of Fame. The 10,000-yard plateau is a good one to cross for that gold jacket. Of the 31 runners to have done it, 16 are in the Hall and two more are locks (Adrian Peterson and Frank Gore). Elliott has a good start to his resume, with four 1,000-yard seasons and three Pro Bowl nods. But, a bronze Canton bust is far from a certainty, so let's look at the best backs not in the Hall.

No. 5: Ricky Watters -- In his first five years in the NFL, he garnered Pro Bowl nods every season. He was elusive enough to make defenders miss, but could lower the boom at the goal line as well. He was the best run-pass combo back in the league at his prime. Watters was dynamic in the 1994 run to the Super Bowl title, with a touchdown in the NFC Championship and two scores in the blowout win over the San Diego Chargers. With seven seasons of 1,000 yards rushing, Watters sits 24th all-time in yards on the ground.

No. 4: Fred Taylor -- He has more yards rushing yards than any eligible back not in the Hall of Fame. Taylor finished with 11,695 yards, good for 17th all-time. He had seven seasons of 1,000 yards on the ground, including 1,572 in 2003. Taylor is hurt by his lack of Pro Bowl nods, as he only notched one over the course of his career. Perhaps he was overlooked, since he played games in Jacksonville. But Taylor's quiet excellence was the central part of the Jags' identity for years.

No. 3: Roger Craig -- One of the best multi-purpose backs ever, he was the first to run for 1,000 yards and catch another 1,000 in the same season. Craig was a four-time Pro Bowler, and a three-time champion. He was an impossible matchup for opponents at the height of the San Francisco 49ers' dynasty in the 1980s. He led the league with 92 receptions back in 1985, and was the AP Offensive Player of the Year in 1988, with 1,500 rushing yards. Craig's piston-pumping high knees were one of the signature styles of the decade, and he was the perfect weapon for Bill Walsh's creative offense.

No. 2: Eddie George -- He opened his career with five consecutive 1,000-yards campaigns, and then added two more over the course of his career. George was the league's best workhorse on the rugged Tennessee Titans teams of the late 1990s. He won Offensive Player of the Year as a rookie in 1996, and then made four straight Pro Bowls. He topped 1,500 yards back in 2000, when he finished third in the MVP vote. He helped engine the Titans to the Super Bowl in 1999, and finished his career with over 10,000 yards on the ground. George was one of the most physical backs ever.

No. 1: Priest Holmes -- Perhaps the most mysterious back of all-time, he burst upon the scene with three of the most productive seasons ever, and then disappeared, just as quickly. Between 2001-03, Holmes was iconic, a Pro Bowler and All-Pro for three straight seasons. In those years, he rushed for 1,615 yards, 1,555 yards, and 1,420 yards, and scored more touchdowns than any other back in the NFL. He tallied an insane 24 total touchdowns in 2002, and then topped that with 27, a year later. In 2002, he was named the AFC's Offensive Player of the Year, and finished fourth in the MVP vote.

Holmes was absolutely unstoppable for those three seasons in the Kansas City Chiefs' high-powered attack. A neck injury flattened the rest of his career, and he remained quiet and elusive about his health and future. Terrell Davis deservedly was named to the Hall of Fame based on three historic seasons, before an ACL tear derailed his career. You could easily match Holmes' three years of dominance (2001-03) to touchdowns (1996-98), and it'd sure be a close call as to which was superior.