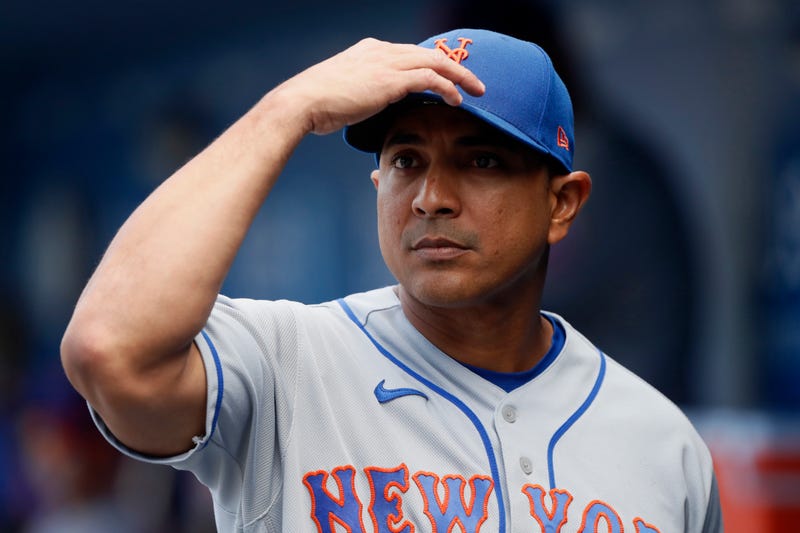 NEW YORK (AP) — The New York Yankees hired former Mets manager Luis Rojas as their third base coach on Monday, a month after he lost his job with the crosstown rivals.

Rojas managed the Mets for the past two seasons. The team declined its 2022 option for him on Oct. 4, a day after finishing third in the NL East at 77-85.

Rojas will take the spot of Phil Nevin, who had been the Yankees’ third base coach since the 2018 season. Nevin was let go last month, shortly after he waved home Aaron Judge in a key spot in the AL wild-card game at Boston -- Judge was easily thrown out, and the Red Sox went on to win.

The Yankees tied with Kansas City for making the most outs at the plate this season with 22.

Several ex-Mets have found success over the years after leaving Queens and finding new homes in the Bronx.

The 40-year-old Rojas, the son of former big league player and manager Felipe Alou, spent the last 16 seasons with the Mets organization. The Mets were 103-119 with him as manager.

When the Mets dismissed Rojas, they said he had been offered the opportunity to remain in the organization in a role that had yet to be determined. Rojas had been the Mets’ quality control coach in 2019 and previously been a minor league manager and coach for the club.

The Mets had been expected to challenge for the playoffs or even a pennant with $341 million newcomer Francisco Lindor at shortstop, a major move under new owner Steve Cohen.

New York led its division for 90 straight days despite a wave of injuries and Rojas drew praise for his steady hand and communication skills. But a lot fell apart over the final two months of the season with ace Jacob deGrom, Lindor and others on the injured list and several stars stuck in slumps.

An 2-11 skid against the Dodgers and Giants, baseball’s top two teams, dropped the Mets from five games over .500 and tied for first place to 62-66 and 6 1/2 games out on Aug. 26. In a middling division, they lost the lead for good on Aug. 14 and never really recovered.

The Mets went 26-34 during Rojas’ first year as manager and finished tied for last place in the pandemic-shortened 2020 season.

Rojas was elevated to skipper in January 2020 by former general manager Brodie Van Wagenen as the replacement for Carlos Beltrán. The promotion came just days after Beltrán was let go without managing a single game as part of fallout from the Houston Astros’ 2017 sign-stealing scandal.

Rojas turned 40 on Sept. 1 and was the second-youngest manager in the majors, 24 days older than Minnesota’s Rocco Baldelli.