Whether or not Matthew Stafford is a Hall of Fame quarterback when his career is all said and done will surely be a topic filled with various perspectives, voices and heated debates. He definitely has time to add on to his resume, though his 0-3 career record in the playoffs is something that will likely need to change sooner rather than later, be it with the Detroit Lions or with another franchise. RADIO.COM Sports' own Tim Kelly asked that very question a few weeks ago, and anything close to a definitive answer still eludes us. 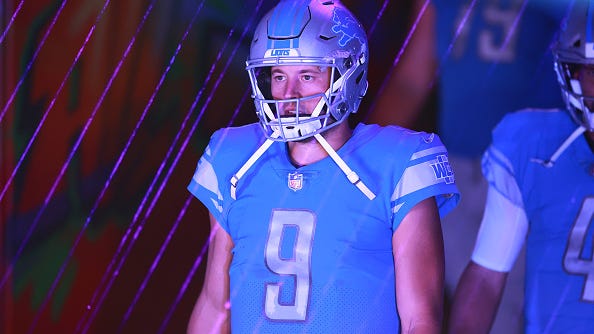 Could 2020 be Matthew Stafford's final season with Lions?

But while his future and Hall of Fame status are both very, very uncertain, one thing is for sure: Stafford's counting stats continue to grow, and grow, and grow, and he added another impressive achievement to his huge collection after the Lions' improbable victory over the Falcons in Week 7.

Thanks to Falcons running back Todd Gurley's gaffe — which he said he was "mad as hell" at himself for committing — Stafford was able to lead Detroit's offense down the field with just 1:04 left on the clock and torch the Atlanta secondary for various big plays, all of which are neatly encapsulated in the below video.

This game-winning drive was Stafford's 35th since 2010, pushing him past Drew Brees (34) and putting him atop the long list of NFL quarterbacks over this span. The full list can be seen below (courtesy of Pro Football Reference).

He now sits just one shy of Eli Manning in the all-time rankings, the top ten of which is filled with legendary names: