Baker Mayfield has put a tumultuous chapter in his career behind him -- taking an NFL field for the first time as a member of the Carolina Panthers during their first preseason game against the Washington Commanders on Saturday.

Starting off fresh in a new environment, his former teammate, Odell Beckham Jr. had an encouraging comment for his former QB in a post by the NFL on Instagram, showing off Mayfield in his new Panthers uniform prior to taking the field.

Does Beckham's cryptic comment mean that the two have patched things up?

Prior to their rocky ending with the Browns, Beckham and Mayfield were teammates for a few seasons with many believing they would be one of the best QB-WR duos in the NFL. However, things turned sour after Beckham became upset over his usage on the team.

The situation got even worse when Beckham's father shared a video on Instagram that featured a compilation of Mayfield missing his son on open plays -- leading to the wideout getting sent home from practice and released from the team soon after.

Beckham ended up signing with the Los Angeles Rams mid-season, winning his first Super Bowl title with the franchise.

As for Mayfield, the Browns traded him to Carolina in the offseason after acquiring Deshaun Watson.

Despite the fresh start, Mayfield is currently in a quarterback battle with Sam Darnold for the starting job. On Saturday, the former No. 1 overall pick started with the first team offense, going 4-7 for 45 yards.

Beckham is still a free agent with teams like the Rams and the Tampa Bay Buccaneers, among others who have expressed interest in the All-Pro's services. 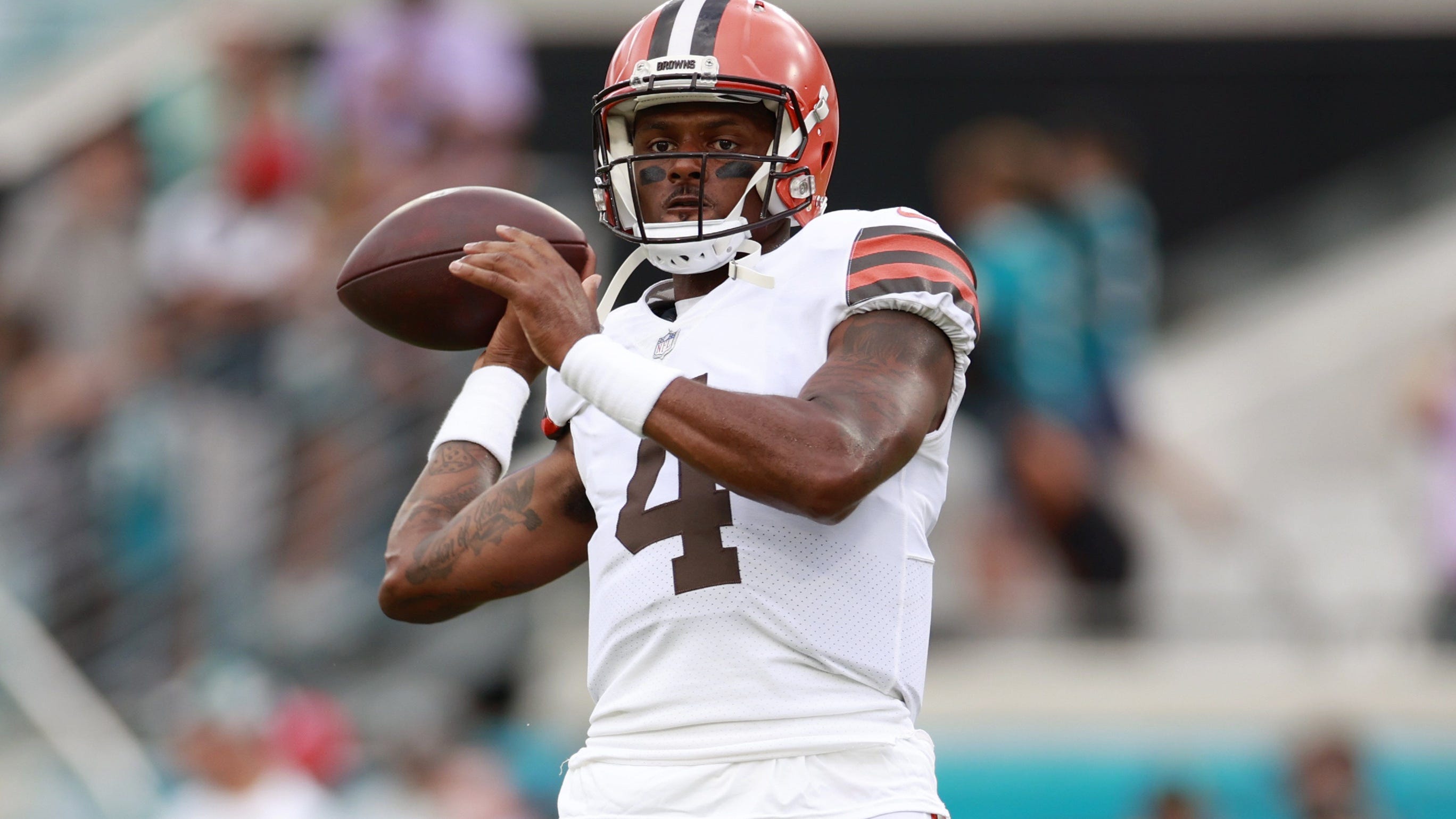