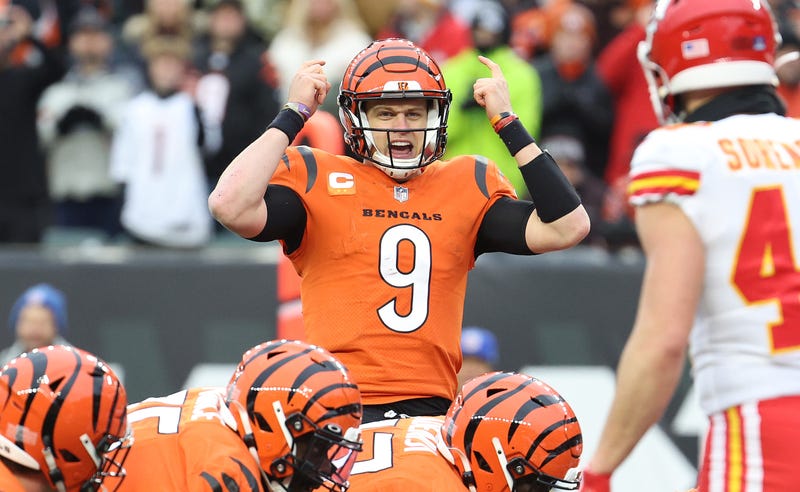 After Sunday night's thriller, defending Brandon Staley feels trendy. But let's get serious, he blew the Chargers out of a playoff spot, one way or another. The timeout called late in overtime is being excused, as the Raiders weren't in a kneel-down situation, which is true. Clearly though, the Raiders would've been more than comfortable not calling their own timeouts if Josh Jacobs was tackled out of field goal range. Staley believed the timeout was needed to set his defense, but that's on him. How is your defense not set for an obvious run situation?

To make matters worse, overtime may not have been necessary, had Staley not foolishly kept his offense out for a forth-down attempt deep in his own territory earlier in the game. That directly led to a Vegas field goal. In today's game, being aggressive is all the rage. But it certainly doesn't mean you have to abandon logic or field position. Staley strikes zero balance, and so Justin Herbert was robbed of valuable playoff experience this season.

No. 1: The most stunning news following Week 18 came from Miami, where Brian Flores was fired. Flores is seemingly a great leader; to have his team at 1-7 and rally toward playoff contention is incredible. But he still was 1-7 as a head coach, in a year where the Dolphins had big expectations. Cleary there was a disconnect, and it likely involved belief in quarterback Tua Tagovailoa. Flores is a coach who, paired with the right quarterback, will probably win a lot of games. Will Tagovailoa ever do that with another coach?

No. 2: The Giants' retirement send-off for Dave Gettleman was sickening. Gettleman was responsible for the darkest era of Giants football since the 1970s, and possibly the darkest era ever. Consequently, the team ruined Joe Judge by sticking him with poor roster management and forcing an offensive system on him. There may be optimism now about lineage, but forgive me if I still don't trust the owner, John Mara.

No. 3: Bill Polian is the latest example of an older former executive helping a franchise find a new head coach and GM. Teams go to this constantly, with guys like Charley Casserly and Ernie Accorsi. It never works. At one point in time, Polian thought a league MVP should play receiver and not quarterback when he joined the NFL. Is he really in touch with what works today?

No. 4: Mike Zimmer is out in Minnesota, and some Vikings players have said the team could less fear-based approached. Zimmer's voice ran dry in their locker room. However, Kirk Cousins is now playing on an unmovable contract, at least for one more season. As long as he's there, leaving both the Vikings tight against the cap and without a star quarterback, what does Minnesota think will change next season?

No. 5: The NFL should've gotten what they deserved by still allowing ties, and it would've been a leaguewide embarrassment to see two playoff spots decided by the result. Staley should've made sure this game ended in a tie, he didn't. The fact that a draw was on the table is an NFL problem. Shortening overtime from 15 minutes to 10 minutes was about player safety. Why wouldn't you make sure to have a form of college overtime beyond those 10 minutes? A tie ruins the standings, and it almost ruined Week 18. 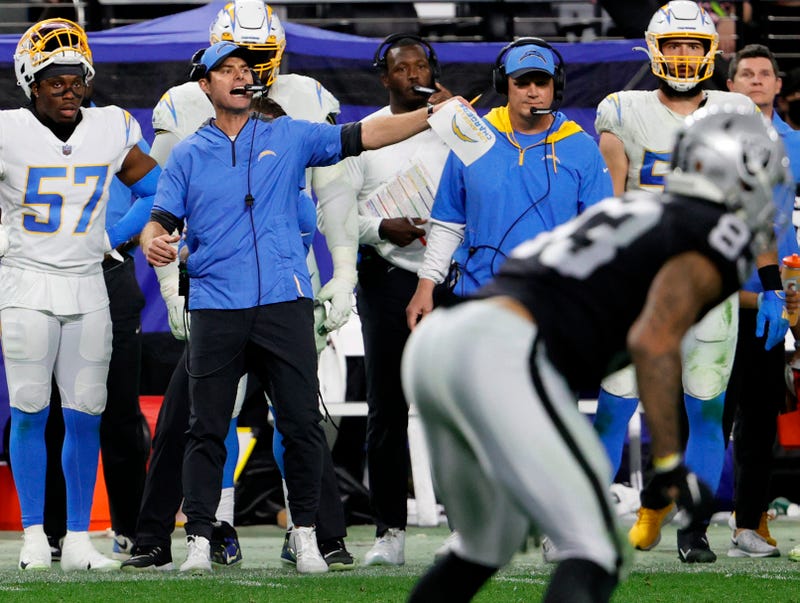 No. 6: The Broncos want to interview Dan Quinn? They just fired Dan Quinn 2.0, in Vic Fangio. A team loaded with offensive weapons and a clear need at QB should be thinking about a leader of men with an offensive background. They most certainly shouldn't be thinking about Quinn, who let the best years of Matt Ryan's career deteriorate once Kyle Shanahan left. Quinn is Fangio, and Fangio is Quinn. This is a useless thought process.

No. 7: The Browns will reportedly run it back with Baker Mayfield next year. He did put an end to the non-stop turnovers at their most important position. Unfortunately, Mayfield is probably the type of quarterback who gets you to the dance with this current roster, but comes up short on the search for glory. Is there really a dramatic drop-off between Mayfield and Case Keenum under Kevin Stefanski? Get better.

No. 8: The Jaguars had fans dress as clowns in Week 18, they have a prized young quarterback in Trevor Lawrence, and yet, the first person they rush to interview is Bill O'Brien? O'Brien is a fine coach. You can probably make the case that, at times in Houston -- with his QB situation -- he was underrated. But he isn't a franchise changer, and that's what the Jags desperately need.

No. 9: Last Sunday, Bill Belichick's Patriots were playing for a divisional title at times -- all they had to do was look up at the scoreboard and see the Bills struggling against the Jets. Yet, the Patriots dug themselves a big hole, and couldn't complete a comeback. Their Super Bowl chatter earlier in the year was always comical. I have to assume nobody is dumb enough to pick them to win three AFC playoff games now.

No. 10: The Week 18 Saturday doubleheader was a fun throwback idea. But what Disney really should do is turn this into a full day of football. They should ask for a 1 p.m. and a 4 p.m. game, and schedule the CFP national title game for that Saturday night. College football is a Saturday sport, and finishing the season late on a Monday with the entire East Coast in bed remains a very fixable and frustrating issue. 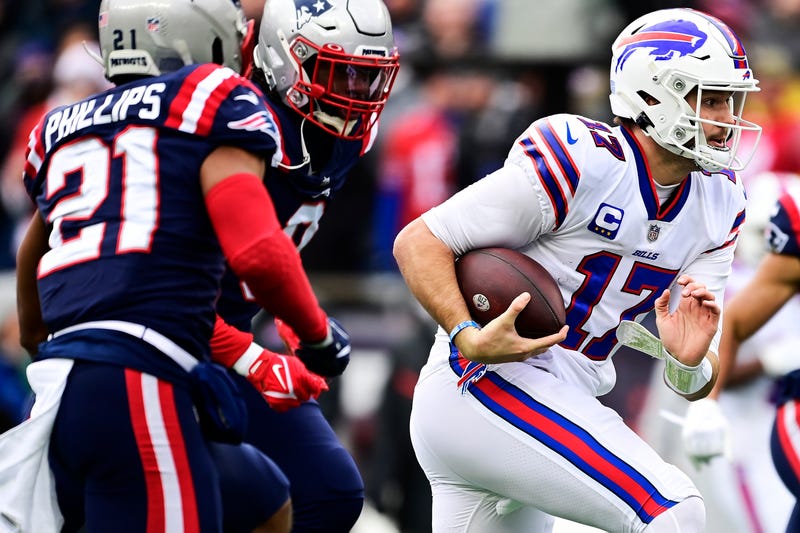 Eagles at Buccaneers: Nick Sirianni deserves credit for this Eagles team making the NFC playoffs. They could've used some momentum last week, instead they chose to rest several starters in a blowout loss to the Cowboys. Now the Eagles get Tom Brady and the defending champions, who took care of a poor Washington team on wild-card weekend last season. The Bucs have been in and out of taking care of business. Is this a soft opening for another big run by the Bucs?

Raiders at Bengals: Well, what an interesting game to start the weekend. The Bengals are no stranger to wild-card Saturday -- they practically lived in this timeslot with Andy Dalton. The Raiders saved their season on Turkey Day and again during Weeks 17 and 18. They have a bit of house money, but still remain a team that struggles slowing the run game. While all of the attention will be on Joe Burrow and Ja'Marr Chase, the real x-factor is Joe Mixon.

Patriots at Bills: The Bills just can't rid themselves of that stench of the Patriots' era of dominance. In a season that was supposed to find the Bills passing the Chiefs for a trip to Super Bowl 56, they're facing New England in a dangerous wild-card matchup instead. The Bills, ironically, do play worse in bad weather. While precipitation may not be crazy, it should be interesting to see how Buffalo responds to wind chills that may be below zero.

49ers at Cowboys: A tremendous playoff rivalry gets rebooted, even if an entire generation or two doesn't know these two were rivals (Kyle Shanahan alluded to that this week). The 49ers' defense remains as steady as they come. Dallas can explode for a huge offensive outburst at any point in any game. If this turns into a track meet, it's hard to envision Jimmy Garoppolo keeping pace. However, the Cowboys thrive off turnovers. A ball-controlled, safe offensive effort may lead to frustration from Dallas.

Cardinals at Rams: The last remaining undefeated team this season was the Cardinals, and now they open the postseason on the road against their division champion. The pressure in this game remains on the Rams, which can't afford to lose in this round after trading so many draft picks to acquire Jalen Ramsey, Matthew Stafford, Odell Beckham Jr., and Von Miller. 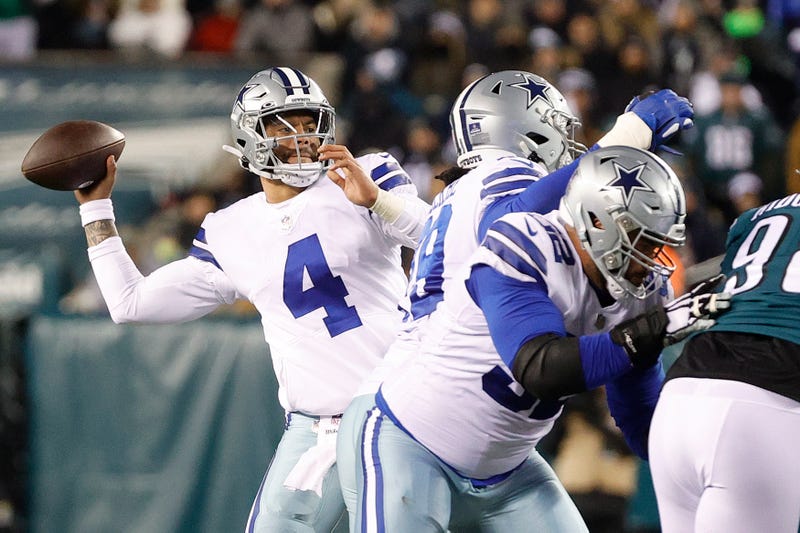 My Picks
﻿For the first time all season, I went winless, 0-3, as the big favorites crushed me. My overall record is now 32-22-1. So, for wild-card weekend:

Bengals (-4.5) vs. Raiders: The Raiders have been gashed on the ground all season long, allowing 114 rushing yards per game. The Bengals will have the ability to control the tempo with Mixon, and they also averaged 100-plus yards on the ground. This number has to hold under 5.5 to still feel great about placing it, and the Bengals have covered ATS just once this season when favored by 5.5-plus. Burrow may have some nerves, but he's no stranger to big games (he won a national title at LSU). The Bengals prove they're not Marvin Lewis' Bengals on Saturday.

Buccaneers (-8.5) vs. Eagles: The over-under fell four points, as Sunday's forecast in Tampa looks pretty windy and rainy. The Eagles' defense can get gassed and exposed by big-time offenses as games gate late. Their key will be relying on the ground game, including the legs of quarterback Jalen Hurts. Their leaning on the run was a key to clinching a playoff berth. Last week was a good indicator of what the Buccaneers can do. Lulled to sleep, playing a sloppy close game against Carolina, and then a late offensive explosion to cover the large spread. January is Tom Brady time, even if this is the playoffs where he finally dies in a big spot. It just won't happen this weekend.

Steelers (+13.5) at Chiefs: The Chiefs will win this game, and win it quite easily. But this is a pretty big spread, in fact the biggest spread for wild-card weekend. The Steelers are going to have a difficult time scoring points in this game. That being said, on the other side of the ball, T.J. Watt can wreck the Chiefs' offense. He can make life difficult for Patrick Mahomes, the same way the Bucs pass rush did so in the Super Bowl last season. The Steelers have allowed 14 points or fewer in three of their last four games -- the lone time they didn't was against Kansas City. This is a Chiefs win, but a Steelers cover.

Thyme and Garlic Potato Crisps. I will credit my mother-in-law, who first introduced me to this gem as a potential dinner side. Of course, I've mentally turned it into a football snack. Grab as many potatoes as you and your viewing party can consume. Slice them into thin chip-like slices. Arrange them on a baking sheet, coat with a brush, olive oil lightly across all pieces. Sprinkle the entire sheet with salt, pepper, thyme, and garlic powder. Bake at 350 degrees for about 30 minutes. You can let these sit and reheat in an air fryer if you own one, for even crispier crispiness. Either way, enjoy the heck out of them.