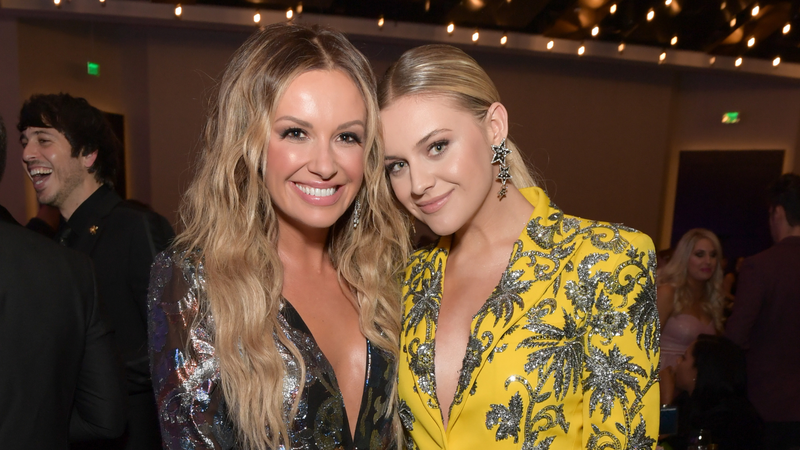 You never know whats going to happen when Carly Pearce and Kelsea Ballerini are in the same place at the same time.

As the two get ready for the CMA Award's on Wednesday night, Pearce caught up with Entertainment Tonight and opened up on why Ballerini is the one who's always getting them into trouble.

"Kelsea's a bad influence for me," Pearce joked. "She makes me do things that I haven't done since I was 21."

Pearce, Ballerini and Kelly Clarkson will be taking the stage together for the first time at the CMA's to perform "You’re Drunk, Go Home."

"Kelsea's my best girlfriend in this town," Pearce said. "I love Kelly Clarkson. I've met her a few times, I'm a huge fan of hers, so maybe I'm nervous to be singing backup with Kelly Clarkson. But it's gonna be so fun. We all are just fans of each other and actual girlfriends, so we're really gonna bring the sass."

Watch what kind of trouble Pearce and Ballerini get into during “The 56th Annual CMA Awards,” which you can watch live Wednesday, November 9 at 8/7c on ABC.