Fans of “Sister, Sister” have been patiently waiting for a reboot of the ‘90s series.

Now Tia Mowry-Hardrict is revealing the update has been stalled because of legal issues.

"What's in the way is the rights," the 42-year-old told People. "We ended up moving forward with it and we didn't have all of the rights in place -- I guess there were still some legalities that needed to come into place that put it on hold."

"And once that put it on hold, then Tamera and I are not just sitting around, you know what I mean?" she said of her co-star and twin sister, Tamera Mowry-Housley. "She gets an opportunity, I get an opportunity -- but yeah, it's sad."

What’s up with the #SisterSister reboot? How’s your #TikTok game? @TiaMowry takes on the tough questions on #DefendYourself: https://t.co/Q9mkOru8oM pic.twitter.com/Tbd588pKID

But the actress isn’t losing hope and even shared how fans could get involved.

"You know what? Maybe we should sign petitions!" she continued. "It seems that petitions work. If we can get a million signatures.”

On “Sister, SIster,” Tia and Tamera starred as twin sisters who reunite as teens after being separated at birth. The series ran from 1994 to 1999, and ended after six seasons and 119 episodes.

In 2018, Jackée Harry, who played Tia’s adoptive mother Lisa on the series, said a revival was “happening” during an appearance on Steve Harvey’s daytime talk show. 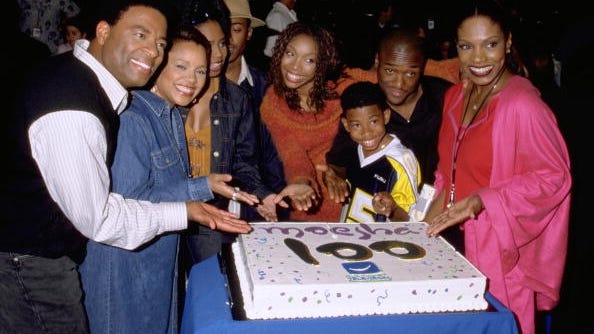 Unfortunately, the reboot never got off the ground and a year later Tia expressed her disappointment with the prospect of it moving forward.

"I hate to say it, but it's kind of dead," she told People in 2019. "Nothing's going on right now, but that doesn't mean that it's not going to happen at all. Never say never."