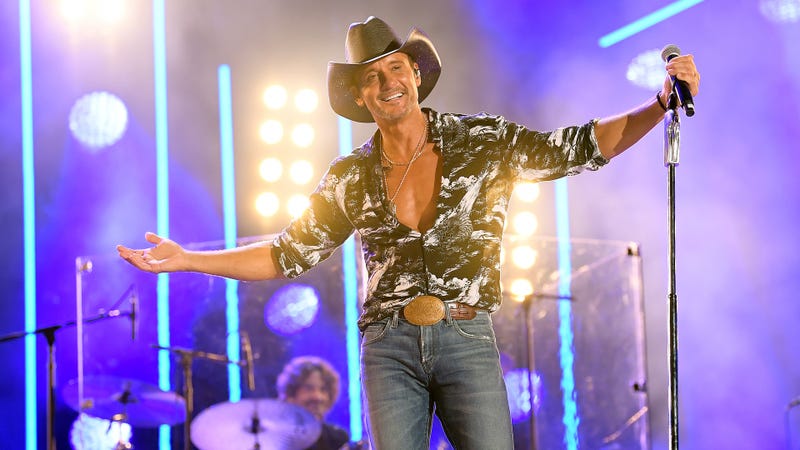 There’s nothing better than a good throwback video, especially when it involves some good ol’ ‘90s Country Music and the legendary, Tim McGraw!

Listen to your favorite Country music now on Audacy and check out Tim McGraw Radio!

McGraw recently took a walk down memory lane as he sat down to watch some of the earliest music videos. Tim’s commentary surrounding the videos is absolute gold as he has no problems poking fun at everything from his “mutton chops” to “teenage voice.”

“Gah, I sound like a teenager!” McGraw said as he watched himself sing the opening line in his video for “Down on the Farm.” “I can’t get over how young I sound. I’m kinda glad my voice changed a little bit,” he laughed.

Next up, the very moody, “She’s My Kind Of Rain” video which Tim hilariously describes as his “failed GQ attempt.”

“Oh, my God!” Tim exclaims at the sight of himself on screen, walking down the streets of London in all black and a newsboy hat.

“This was me trying to be GQ,” he chuckles. “Well, my attempt at being GQ. Country GQ, I guess. I’m trying to be cool! I felt like I was cool for a little bit, now looking back at it, maybe I wasn’t so cool!”

It wasn’t all jokes to McGraw, who then appeared somewhat emotional as his video for “Humble And Kind” displayed on his screen.

“Well, that’s a different guy than the earlier guy,” Tim laughed. “We knew this song was special. It was one of my favorite songs I’ve ever recorded.”

McGraw went on to explain he got inspiration for the video after seeing a trailer for a special by Oprah Winfrey highlighting different cultures around the world.

“I’m like, that’s what this song represents to me, is the unity that the world has and how people from all different cultures and all different walks of life can come together and celebrate humanity.”

After gaining approval from Oprah, Tim’s team was able to use the exact footage from her special that inspired him to help the video take on even more meaning.

“This is a song… it’s one of those things that I feel like doesn’t belong to me. I feel like I’m just sort of a vessel that it came through.”