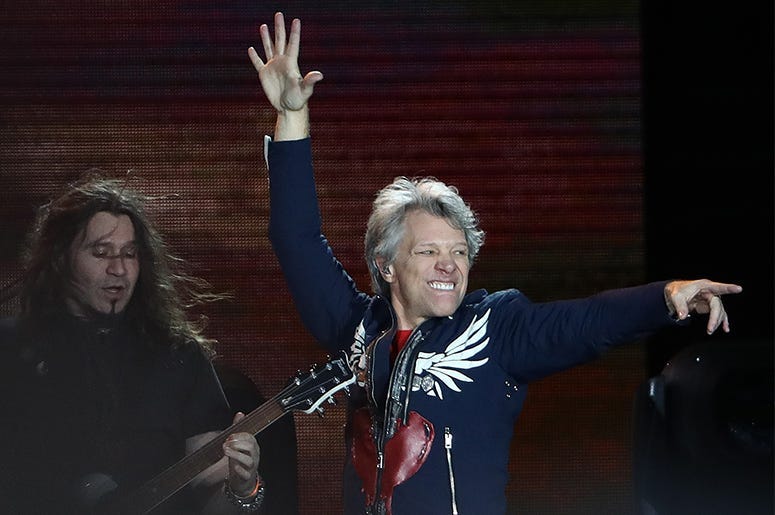 Jon Bon Jovi performs at New York’s Madison Square Garden in 2017. CC by 2.0. Credit: slgckgcJon Bon Jovi and his JBJ Soul Foundation have teamed up with Rutgers University to open a kitchen which will help students who struggle with food insecurity. The rocker says 1 in 3 college students lack the financial resources to afford consistent and healthy meals. According to Rutgers, more than 50 percent of their student population has “exceptional financial need”.

Jon Bon Jovi began providing meals for people in need through his Soul Kitchen restaurants more than a decade ago. Locations in Red Bank and Toms Rivers, New Jersey have provided over 100,000 meals for those who need them. The Soul Kitchen restaurants operate on a “pay it forward” basis and serve nutritious, farm to table dishes in a restaurant atmosphere. Customers may volunteer time in exchange for their meal or pay with a monetary donation.

As at the other locations, JBJ Soul Kitchen at Rutgers will not list menu prices. Instead, customers will be encouraged to make a minimum donation of $12 for their meal, or to use a donated meal plan “swipe”. Students who can’t afford it can also volunteer an hour of their time at the kitchen in exchange for their chef-created three-course meal.

The JBJ Soul Kitchen at Rutgers opens January 23rd. It will be open weekdays from 11:30am to 1:30pm and will serve students, faculty, and community members. It is located in the Paul Robeson Campus Center at 350 Dr. Martin Luther King Jr. Blvd in Newark.

Donations to the kitchen can also be made here.

The mission of Bon Jovi’s JBJ Soul Foundation is to break the cycle of poverty, hunger, and homelessness. In addition to their two Soul Kitchen locations, they have also helped provide affordable housing for thousands of people in 10 different states, including youth and veterans.

Earlier this month, Bon Jovi announced a North American tour with special guest Bryan Adams. The tour kicks off June 10th in Tacoma, WA. Tickets go on sale to the general public via Ticketmaster on January 24th at 10am venue local time.