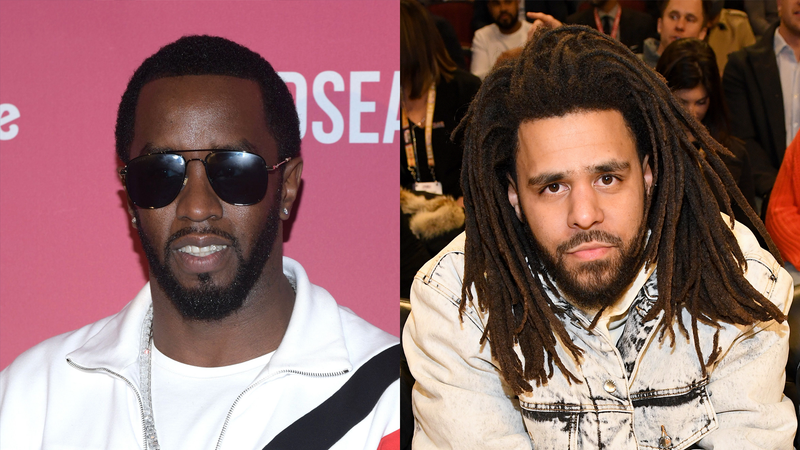 Who doesn’t love a good spoof, especially when the spoofers are spoofing themselves. We’re aware that sounds kinda dirty, but it’s not - let us explain.

On the track, Diddy contributed an outro prayer, after Cole reflected on a period in his life in which he was “scufflin’ just to save face,” noting in the verse - “My last scrap was with Puff Daddy, who would've thought it? / I bought that n**** album in seventh grade and played it so much / You would've thought my favorite rapper was Puff.”

Now, the incident, which occurred at an MTV Video Music Awards after-party in New York City in 2013 has come full circle, thanks to an impromptu Instagram moment from Diddy.

In the clip, Cole and Diddy are posted up about to take a quick pic together, which they did actually end up capturing - see here. But then Cole playfully switches things up takes a fighting stance. Which lead to laughter from both and those around them and then Diddy joined him, holding the pose.

As for the past events they’re spoofing - here’s the tea on how that now notorious moment in Hip Hop history went down. Let us paint the the scene - it’s 2013, the Video Music Awards has just come to an end and celebrities are flocking to the PHD Dream Downtown in Manhattan.

According to Complex Music, Diddy who was “visibly intoxicated,” tried to approach Kendrick Lamar over the “King of New York” claim in his “Control” freestyle. Diddy then attempted to pour a drink on Kendrick, and that’s when J. Cole intervened. That two began to argue and allegedly Cole tried to put his hands on Diddy, which then led to their respective crews to enter the scuffle, which quickly ended, and both crews separated.

At any rate, all involved with this infamous rumored incident seem comfortable with joking about it. So it’s safe to say, all is right with the (Cole)World.