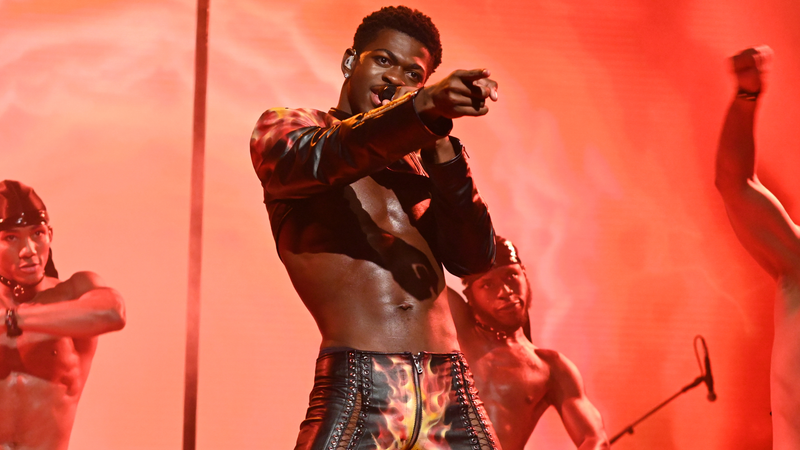 If it wasn’t evident before, it sure is now, Lil Nas X has declared he has zero intentions of “layin' low” or “run from nothing.” Yup, and while he might have rap mumbled, not once did he stutter.

After countless attempts to tear him down, whether it be because of his rightful overt sexuality, those “Satan Shoes," that music video (you know which one), that BET Awards performance kiss, or pretty much any move he makes these days, Nas dropped his latest single “INDUSTRY BABY” as a way to let those “never really rooting for me anyway” know, that “the break is over” and his intentions are set to get “back up at the top.”

Based on a story by Lil Nas X and directed by Christian Breslauer, the music video, which no doubt will receive its own onslaught, follows Nas as he escapes from Montero State Prison — despite the fun he seemed to be having — rocking a pink jumpsuit, fondling his inmates, naked shower dancing and lifting weights next to a Jason Momoa look-alike, while in lock up.

The Take A Daytrip and Kanye West produced track features Jack Harlow, who joins in on the music video action, getting his less than conjugal visit on with a female guard whom he boasts about sending back “to her boyfriend with my handprint on her a*** cheek.” Before he moved on to claim to have not peaked in high school, adding “I'm still out here gettin' cuter.” Umm, no objections here…