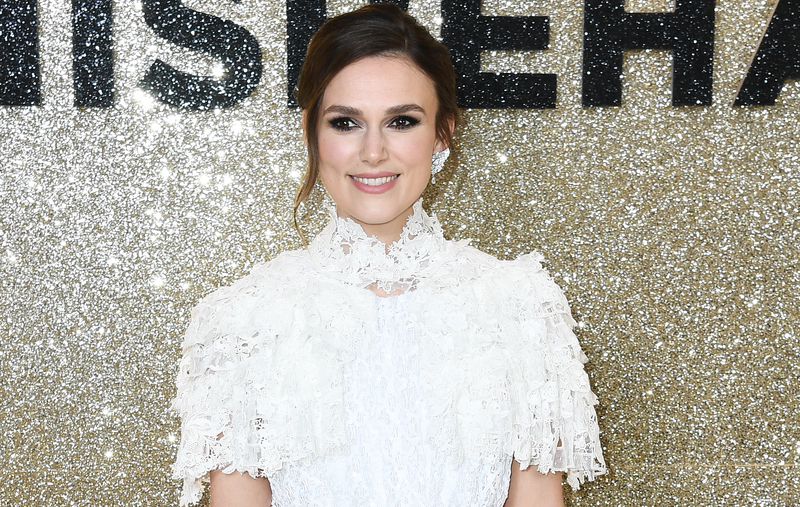 "Love Actually" entered the Christmas canon in 2003 and has since become one of the most beloved and timeless rom-coms of the holiday season.

During a recent interview with Yahoo Entertainment, Keira Knightley recalled an encounter with a superfan 18 years after the film's premiere.

“I did actually get stuck in traffic once [in London] and someone in the car next to me did the whole sign thing. It was quite creepy, but it was also quite [laughs]… It was a bit awkward being stuck in traffic next [to] it. But it was also quite sweet, there was nothing [scary],” she told the outlet referring to the very meme-able scene in the movie where her love interest played by Andrew Lincoln shows up at her house and professes his love via giant notecards.

She noted that while the encounter was sweet, it was also “creepy,” especially because she had nowhere to go after.

“I mean, it would have been much better if I could have just driven straight off, but I couldn’t. We were very much stuck there for awhile,” the 36-year-old added.

Despite all the praise and love the film has received over the years, the two-time Oscar nominee admitted that it isn’t in her rotation of holiday classics to watch in December.

“I think I’ve still only seen it once,” she said.

She continued: “You know, I think it's extraordinary. It was so interesting because when it first came out, it didn't do what everyone felt like it was going to do. It didn't actually do that well. And so the fact that over the years — and really in America, first — got this amazing following and this huge kind of life afterwards, it was really extraordinary, you know?”

“It’s amazing, it’s a Christmas classic. And as something that didn't do as well as everybody thought it would when it first came out, I think that's a really amazing thing,” she noted.

The 36-year-old “Pride & Prejudice” star elaborated that she doesn’t watch any of her own films.

“I just don't like watching myself. It's a bit weird. I'm sure it's completely great and everybody loves it and that's so great. But it’s not just that one, I literally only see most of my films about once,” she explained.

Knightley -- who recently revealed that she’s battling COVID-19 along with her family -- returns to her Christmas roots this year in a new genre: end-of-the-world horror.

“Silent Night” finds a couple hosting the holiday for  their closest friends in the English countryside, but Christmas Eve is also the eve of an Extinction Level Event on Earth that threatens to wipe out humanity.

The film is in theaters now.