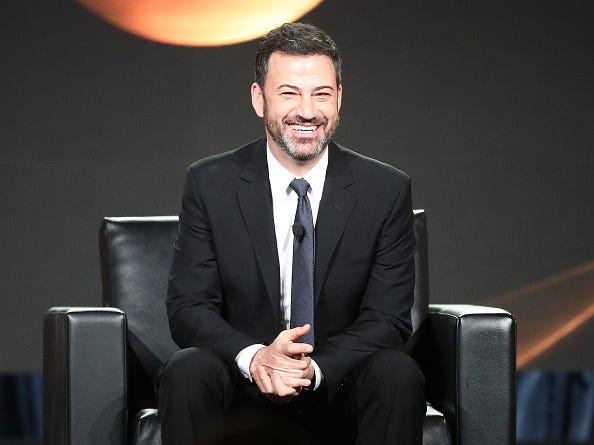 It’s time to phone a friend and let them know that ABC is bringing back its beloved game show, “Who Wants to Be a Millionaire.”

The Emmy-winning series, which debuted 20-years-ago, is being rebooted for a slew of primetime specials.

“Regis [Philbin] came to me in a dream, asked me to do this and promised my own line of neckties if I did,” Kimmel said in a statement per The Hollywood Reporter. “I had little choice but to say yes.”

The announcement was made at Wednesday’s ABC portion of the Television Critics Association.

The rebooted show also offers a twist on the classic as celebrity contestants will be put in the hot seat to put their knowledge to the test in hopes of winning big bucks for charity.

Celebrities will be able to invite a guest like a friend or a trivia expert to assist in answering questions.

Celebrity contestants will be announced soon.

Another new addition to the game allows viewers to get involved at home and play for the same amount of money as celebrity contestants via an interactive game app.

While many things are changing, a few are staying the same. Michael Davies, the original “Millionaire” executive producer will take on the responsibilities of showrunner.

"My professional career has been inextricably linked with Jimmy’s since the days of “Win Ben Stein’s Money,” and he was one of the first-ever celebrity contestants on “Millionaire” in its original run," Davies said in the statement.

"I can’t wait to work with him on this dynamic new version of the show that changed my life and the fortunes of so many who benefitted from and simply loved the game,” he added.

The news of a limited reboot comes just a few months after the syndicated series hosted by “The Bachelor’s” Chris Harrison was canceled after a lengthy 17-year-run.

The game show is set to premiere on Wednesday, April 8, following the “Modern Family” series finale.