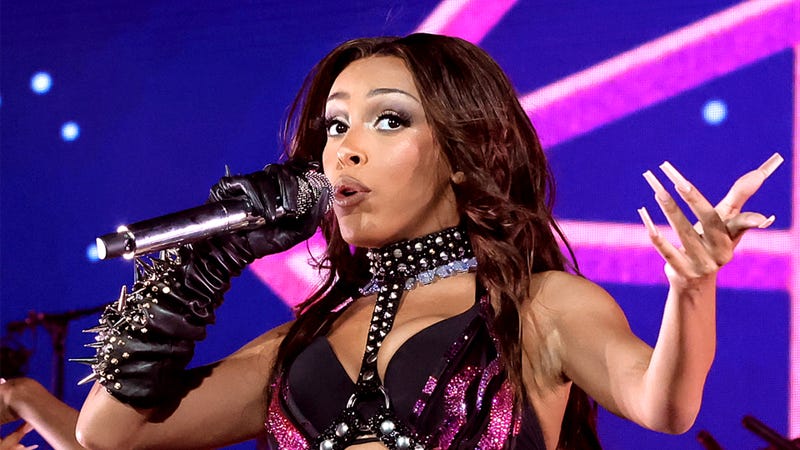 To follow up her successful third album Planet Her, Doja Cat intends to finish and release a rap-filled album, before she follows through with her plan “to get the f*** out for a second.”

And yeah, while we all hoped Doja’s talks of retirement, we’re in fact just talk, it seems the star is intent on following through with what instead actually seems to just be a long hiatus, so at least there’s that.

Opening up to ELLE about her plans, Doja revealed, “I’m going to finish this next album, and then I’m going to get the f*** out for a second. I want to disappear for a little bit and just do things like wear slides and go to the farmers market. I don’t give a s*** about vegetables, but how fun! And I want a dog, too. It’s f***ed up that I don’t have a dog. It’s not fair. I want to take care of a dog. I want to raise it and run around in the grass and touch it.” Her dream dog btw — a Chinese Crested.

Doja’s game plan was to go as follows — “I want to finish this tour up, kill it, and see my fans happy. And then I want to start writing again.” Admitting writing has taken a back seat “just because of all the rehearsal and touring. I’ve got a lot going on, but it’s coming up.”

However, since her sit down with ELLE, those plans have changed, and Doja might be able to start writing again sooner than she had expected.

After alerting her fans and followers that her "whole throat is f***ed so i might have some bad news for yall coming soon," on May 19, Doja updated her fans that she would be cancelling her summer festival appearances and her tour with The Weeknd in order “to have surgery on my tonsils asap.” Allowing her to get started on the writing part of her plan ahead of schedule.

“I have been getting songs and things sent to me…. Oh f***, I wish I could tell people! There’s some really cool stuff that I got sent from friends. They’re all working on beats, and I’m giving them notes and they know what I want, so I’m excited.”

What Doja wants btw, is her for next album to be predominantly rap, a genre she’s not only been a fan of from the start, but also believes she belongs in, no matter what some haters might say.

“When I was little, that’s kind of all I listened to,” Doja expressed. Raised listening to artists such as Busta Rhymes and Lauryn Hill, rap remains part of Doja's essence to her very core. “I’ve rapped since the beginning, and I really couldn’t even sing that well to begin with—I got a lot better. I use my voice as a tool to create these worlds, and it’s fine if people think that I can’t rap,” Doja said. Asserting her “real fans” know what’s up.

For all that and more, check out Doja’s entire interview with ELLE right here.