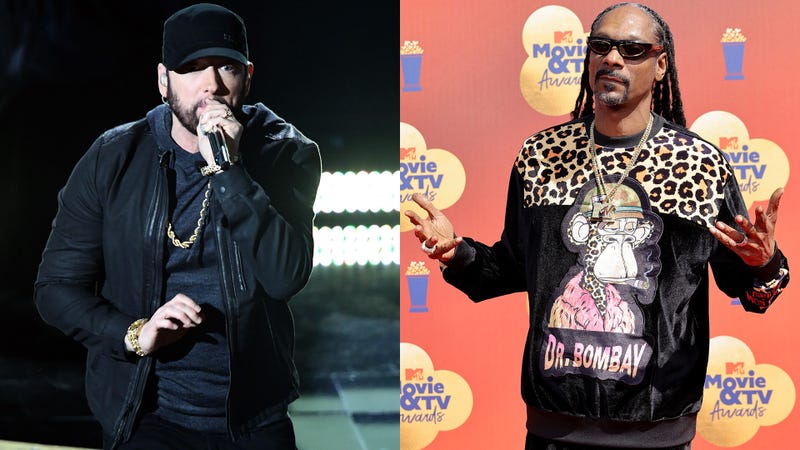 Whatever beef Eminem and Snoop Dogg may have had recently has officially been squashed.

Slim Shady and Snoop teamed up for the surprise brand new track “From the D 2 The LBC” as they pay tribute to their hometowns of Detroit and Long Beach.

“Took too long to reconnect with @snoopdogg - you know we had to make a movie!” Em shared in a tweet announcing the track.

Took too long to reconnect with @snoopdogg- you know we had to make a movie! https://t.co/087W2OZJOI #FromTheDToTheLBC #curtaincall2 @BoredApeYC pic.twitter.com/k443JqXHON

The music video features plenty of weed references and tributes as Eminem and Snoop Dogg alternate between their real life selves and their Bored Ape-style characters.

Both Em and Snoop are well into the NFT world already as the comic book-style video showcases their connection to Bored Ape.

Catch “From the D 2 The LBC” along with all of the best new releases from the Rock, Hip Hop, Pop, Alternative, and Country worlds on Audacy All New. Just press play and start listening to the hottest new releases today!