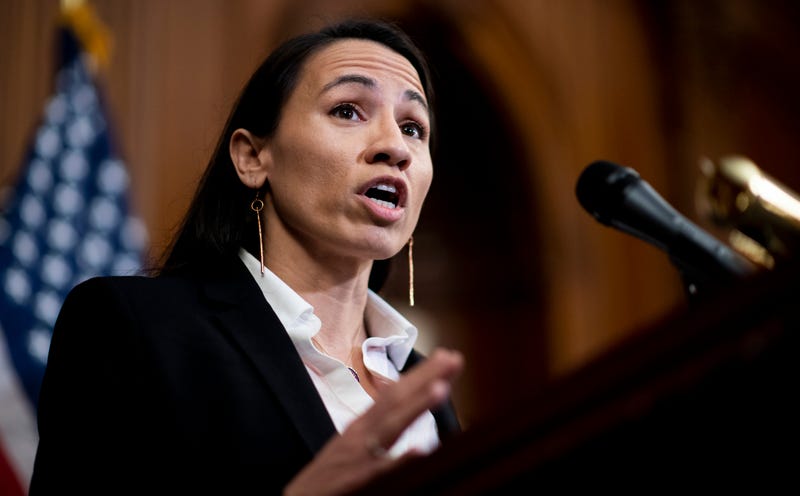 While joining Audacy’s Mikalah Gordon on Channel Q’s The Morning Beat, U.S. Rep., Sharice Davids opens up about what Pride means to her as the first Native American, LGBTQ+, member of Congress. In addition, Davids speaks about writing her legacy in her newly published children’s book, Sharice’s Big Voice.

The Representative from Kansas’s 3rd congressional district tells us her book was inspired by her “journey to Congress.” She adds, “but it's not like an instruction manual about how to get into Congress. But I do think that when kids look at adults a lot of times…it seems like they know everything.”

“If you see somebody like in a position like I’m in now in Congress, you probably assume, ‘Oh, she must have been valedictorian, she probably always had it figured out, she’ll probably never got in trouble,' but you can see that wasn’t my experience.”

Davids says, “being able to share that was a fun experience, and you know, might make a difference.”

However, the biggest driving force for Davids to publish Sharice’s Big Voice was learning that only one percent of children’s books have any sort of Native American representation. The Congresswoman is excited to further contribute to children’s literature that is accurately representative of the United States.

One of the main takeaways that Davids wants children to learn from the book is that “we get to define our own success.”

The former mixed martial arts artist wrote specifically about her experiences as a member of the Ho-Chunk Nation. She says, “Native folks, I actually think a lot of us, Native and non-Native…know what it’s like to feel invisible or to kind of feel not seen and my hope is that by sharing both the Ho-Chunk history and also the path that I’ve been on, the people will in some ways recognize part of their own journey.”

WATCH MORE: LGBT icons who were firsts in their fields