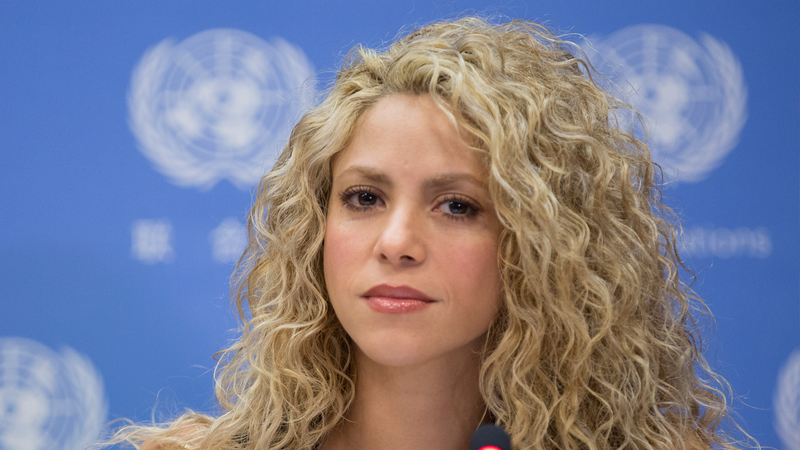 In one of the latest of many Twitter uproars, #RespectShakira trends and rightfully so.

The outpouring of support came immediately after Sunday’s soccer match between Paris Saint-Germain and Barcelona when images started circulating of the French team’s fans holding up a sign, alluding to Shakira being a prostitute. With absolute no disrespect to sex workers, the Colombian pop princess and long-time girlfriend of Barcelona player Gerard Pique, Shakira just simply isn't.

One of the banners seen in the images below says “Shakira at La Jonquera,” referring to a town on Spain’s Catalan border with France which is well known for its prostitution.

#RespectShakira trends as the Colombian singer is insulted and slut-shamed in banners made by soccer fans and PSG fans. pic.twitter.com/mJovIKCfHh

It didn’t take long for the derogatory images to spread across Twitter, and with March 8 being International Women’s Day, well the ladies, and all supporting individuals showed out in support, and they did not come to play.

🙏| Time and again we are seeing instances of hardworking women being insulted or slut-shamed, be it in music industry or, in this instance, the soccer world.

It’s time we raise our voices and denounce such misogyny.#RespectShakira #WomensHistoryMonth pic.twitter.com/7jhTOzTuX2

And after PSG’s official Twitter account posted a special Women's Day message, they were beautifully bombarded with replies that included the hashtag, as well as just general responses of anger over the photographed actions of their fans.

Additionally what makes this grotesque display of human behavior even more disappointing is that it’s not the first time the “Girl Like Me” singer has been targeted by so-called soccer fans.

Fans of Barcelona’s local rivals Espanyol have been heard to make misogynistic chants about the “Hips Don't Lie” singer, and in 2016 they were widely condemned for an insulting banner which translates to “Shakira is everyone’s.” If you could have just witnessed the necessary momentary pause we just took, as we could not roll our eyes to such magnitude and continue typing at the same time.

Sad to say, that even with the the world’s collective finger pointing at the blatant disrespect, and might we add absurd accusations, it’s likely it won’t be the last, although in the spirit of International Women’s Day, we’ll remain hopeful.

WATCH MORE: 5 Reasons Why Shakira Is a Global Treasure