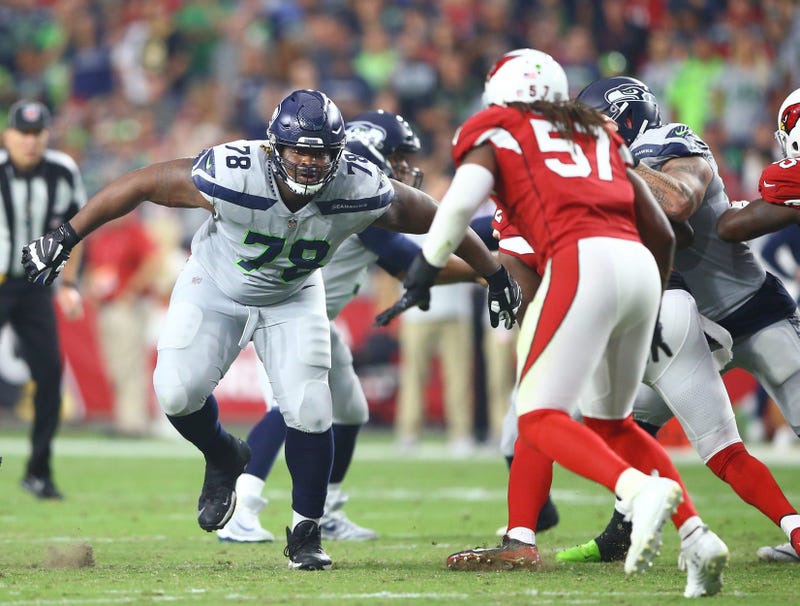 I'm foaming at the mouth with how close to the preseason we are! I can't wait to get Seahawks Football back on the screen! But until that time has come, I've had to satiate myself with what I can get, videos, interviews, tweets, and updates on my favorite team.

This week, I got a taste of one of my favorite new players to the team, Offensive Lineman DJ Fluker!

We as 12s have been complaining about the offensive line for YEARS, but I said it time and time again last season, the addition of Fluker to that line was the linchpin. Whenever he was on the line, it was solid enough for Wilson to show us that arm, or blow a hole open for our spectacular running corps. Very excited to see how he improves even more this season, and even how he can show the new guys a thing or two to bolster this line to peak performance!

The first preseason game is LESS THAN A WEEK AWAY 12S! Hang in there! We'll be waving the banners in no time! With that...Mike Hawk is OUT!