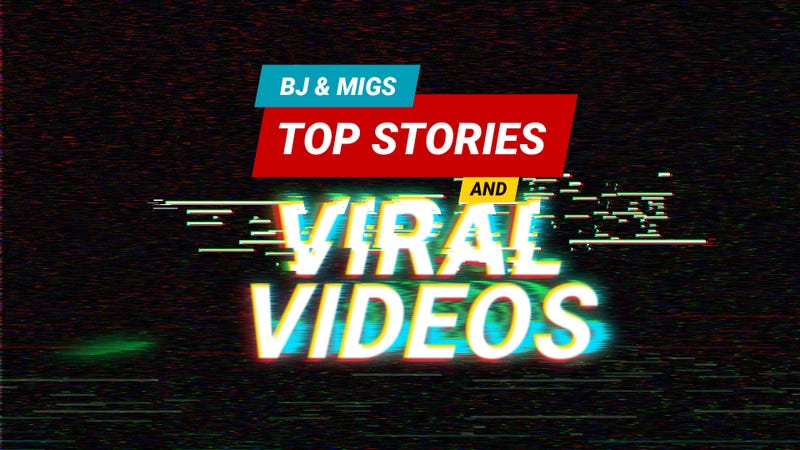 Over $10,000 Raised for Kid Given Counterfeit Bill at Lemonade Stand

Everett police is asking the public for help to identify the man accused of using a counterfeit $100 bill and walking away with $85 and lemonade.

Pete Rose talks about trying not to step in horseshit and asks if the broadcast is an "X-rated show." pic.twitter.com/vbTF4jLoRq

Teens Are Competing In The Usa Mullet Championships

The mullet is making a comeback through a nationwide competition for who can rock the best one.

The popular 1980s hairstyle didn’t actually have the name “mullet” until 1994 when the Beastie Boys released a song called “Mullet Head.”

Voting is now beginning in the USA Mullet Championships as competitors compete for part of a $2,500 "Mullet Money Mega Pot."

Mike Stanley, the owner of Hair Deposit barber shop in Kentucky, is helping a local teen compete by shaping his mullet, which the barber has dubbed "Kentucky Waterfall." Watch the video HERE!

BREAKING: We're stepping in to represent Kari Overington, whose First Amendment rights to speech and expression were censored when the Delaware DMV recalled her "FCANCER" vanity license plate.

Whoopi Goldberg, Billy Crystal, and Robin Williams Once Had a Fart War in an Elevator

In this exclusive clip from 'Claim to Fame,' Amara reveals that her grandma, Whoopi Goldberg, once had an elevator fart war with Robin Williams and Billy Crystal. https://t.co/0OprcAGSws

Metallica's "Master of Puppets" and "Running Up That Hill" by Kate Bush gained new life after being used in Season 4 of "Stranger Things".
Here's a list of other rock songs that got a renewed popularity boost from being in a movie or TV show:

"Where Is My Mind", Pixies: Used in "Fight Club"

"Stuck in the Middle with You", Stealers Wheel: Used in "Reservoir Dogs"

"In Your Eyes", Peter Gabriel: Used in "Say Anything"

﻿"Something in the Way", Nirvana: Used in "The Batman"

"Won't Get Fooled Again", The Who: Used as the theme song for "CSI: Miami"